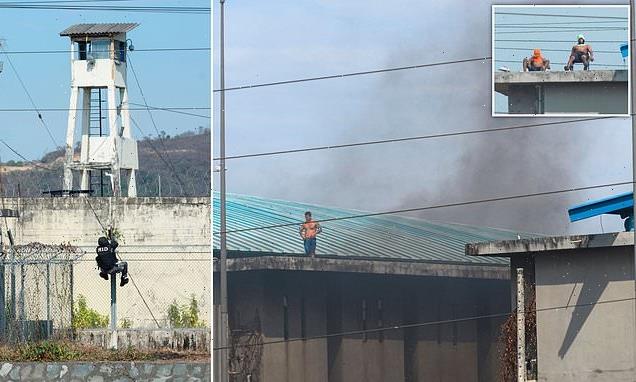 Six prisoners have been beheaded as at least 29 were killed in a fight between rival drug gangs armed with guns and grenades in a riot at a prison in Ecuador.

It was the latest in a series of deadly prison clashes between rival drug gangs that have killed over 100 inmates this year.

It took police and the military more than five hours to regain control of Litoral Penitentiary in the coastal city of Guayaquil as they battled inmates armed with guns, knives and explosives on Tuesday.

The violence was sparked by a gang dispute between ‘Los Lobos’ (The Wolves) and ‘Los Choneros’ (originally from the city of Chone). 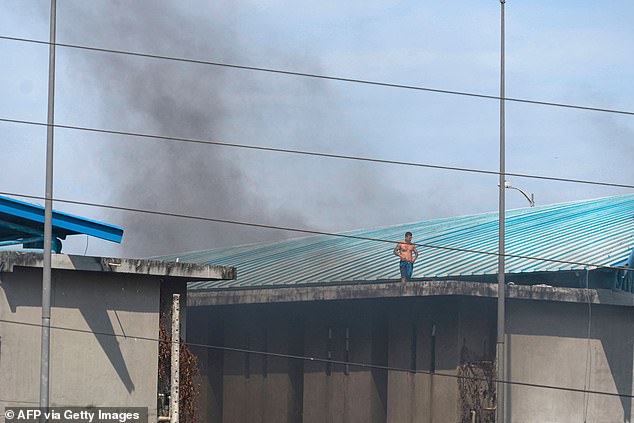 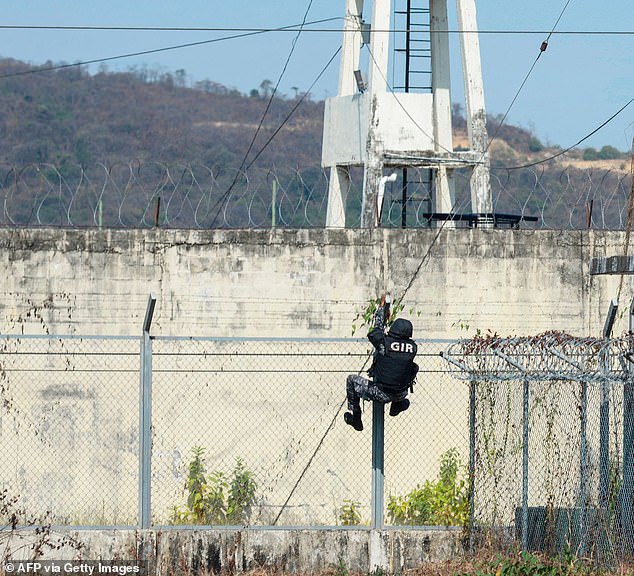 A riot policeman clambers over a barbed wire fence outside the prison. It took police and the military more than five hours to regain control of Litoral Penitentiary 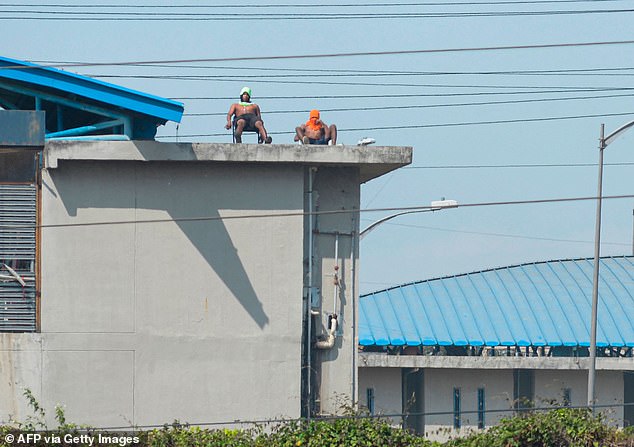 Television images showed inmates firing from the windows of the prison, while others clambered onto rooftops in a bid to avoid the carnage.

The Guayas state government posted images on its Twitter account showing six cooks being evacuated from one of the prison’s wings.

Officials gave conflicting statements on how many inmates were wounded, with the attorney general’s office saying 42 while the national prison bureau earlier put that number at 48.

President Guillermo Lasso retweeted an announcement from the prison bureau saying order ‘has been restored at the Littoral Penitentiary after the Tuesday incidents.’

Last week police confiscated two pistols, a revolver, some 500 rounds of ammunition, a hand grenade, several knives, two sticks of dynamite and homemade explosives at one of the city’s prisons. 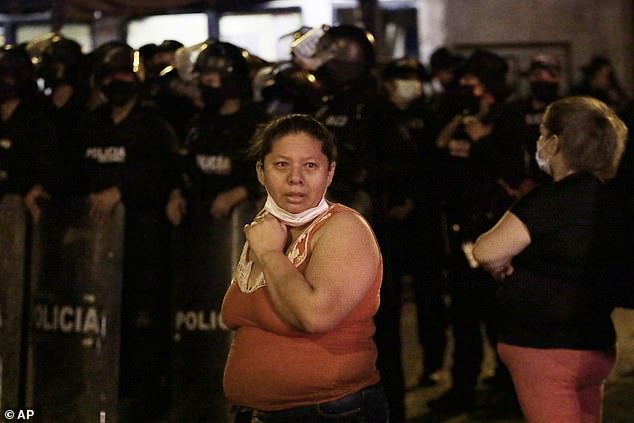 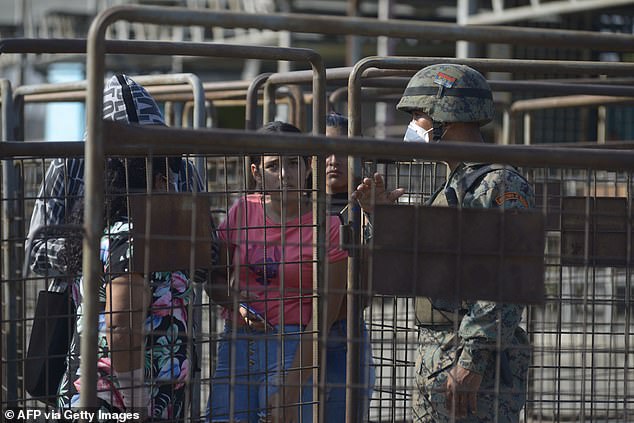 Two weeks ago, Guayaquil’s Prison Number 4 was attacked by drones, part of ‘a war between international cartels,’ prison authorities said. There were no casualties in the attack.

Ecuador’s prison system has about 60 facilities designed for 29,000 inmates, but is burdened by overcrowding and staffing shortages.

The country’s human rights ombudsman said there were 103 killings in prisons in 2020.

Twenty-seven inmates died in prison riots in two jails in July, in an incident that forced the government to declare a state of emergency. 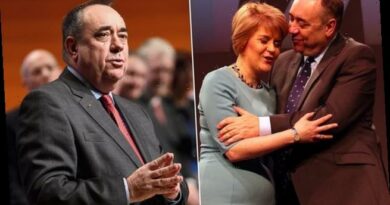 Did Sturgeon conspire to frame her old SNP boss on false sex charges?