Former “Saturday Night Live” star Horatio Sanz was hit with a lawsuit on Thursday accusing him of grooming a fan from the age of 15, giving her alcohol, and then groping her against her will when she was 17.

The plaintiff, identified as “Jane Doe” in the complaint, alleges that Sanz also engaged her in explicit conversations on AOL Instant Messenger some 20 years ago, and repeatedly solicited “inappropriate” and “revealing” photos from her. She alleges that she suffered intense shame and depression due to the experience, and engaged in self-harm and self-medication, and at one point had to be hospitalized.

The suit quotes from text messages Sanz allegedly sent her many years later, in 2019, in which he acknowledged that what he did was wrong and apologized. He described himself as a “wounded creep” in one message, and said he had quit drinking and sought to make amends.

“If you want to metoo me you have every right,” he wrote, according to the complaint. “Just believe me I’m not like that anymore.”

“However often she repeats her ludicrous allegations or tries to rope in other high-profile names to generate media attention, they will always be false,” Brettler said. “Before filing this lawsuit anonymously, she demanded $7.5 million in exchange for her silence. We, of course, refused and will vigorously contest these totally meritless claims.”

The suit also names NBCUniversal and SNL Studios as defendants, alleging that they enabled Sanz’s misconduct. The suit was filed in state court in New York, just two days before the deadline to file a claim under the state’s Child Victims Act. The law, passed in January 2019, opened a short “lookback window” for victims of child sex abuse to file claims that otherwise would have expired under the statute of limitations.

Courts in New York have been swamped with such lawsuits in recent days, alleging such claims against the Catholic Church, the Boy Scouts of America and various educational institutions.

Sanz appeared on “SNL” from 1998 through 2006. According to the complaint, the plaintiff set up a fan website for “SNL” star Jimmy Fallon in 1999, when she was 14 years old. The suit alleges that Sanz and Fallon emailed her in January 2000, when she was 15, and that she first met Sanz in person after a taping in October 2000. At the time, she alleges that Sanz kissed her on the cheek and put his hands on her waist.

Over the next year, she and her friends would travel to New York to wait in the “SNL” standby line and seek autographs. In May 2001, when she was 16, she got into the show’s after-party, and was served alcohol and danced, according to the suit. The following week, she again attended the after-party, and alleges that Sanz invited her and others up to the roof of the building to watch the sunrise.

These conversations allegedly continued, and the plaintiff was invited to several more parties in late 2001 and into 2002. At a party in May 2002 — when she was 17 — she alleges that Sanz kissed her, groped her buttocks and breasts, and tried to digitally penetrate her against her will.

“I was dumb,” he wrote, according to the complaint. “Very dumb.” 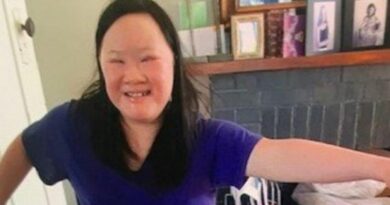