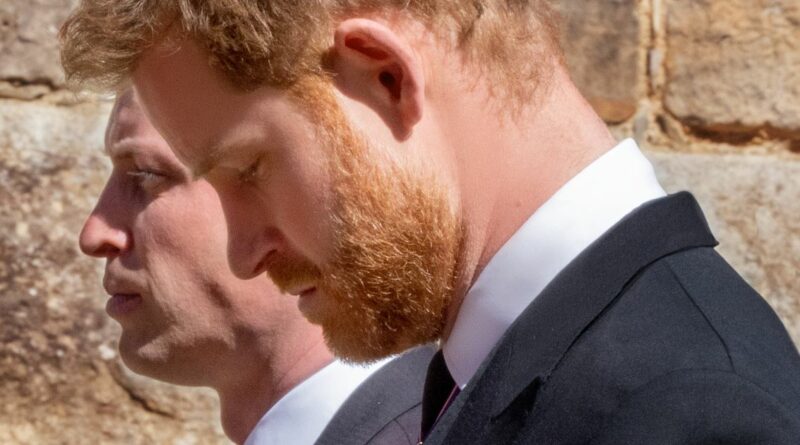 Despite suggestions of a brotherly catch up with William at Prince Philip's funeral, Prince Harry is still likely to be angry at his family according to one Royal author.

After Prince Philip's funeral service in Windsor on Saturday, Harry, William and Kate Middleton were caught on camera speaking warmly with one another.

But commentator Tom Bower, who is reportedly in the process of writing an unauthorised autobiography of Duchess of Sussex Meghan Markle – Harry's wife – does not believe all was as it seemed as the day played out.

He told the Sun: "Cynics may call it stage management.

"The evidence suggests that after a year’s separation, Harry’s anger towards his family has not evaporated.

"The funeral is unlikely to have cured his antagonism."

Earlier on Monday, it was revealed that Harry, William and their father Prince Charles had held "two-hour peace talks" after Philip's funeral.

The Duke of Sussex has had a fractured relationship with his family for the last year following his and wife Meghan Markle's decision to step back as senior members of the Royal Family.

Harry's situation was made worse by the fact he and Suits star Meghan sat down with Oprah Winfrey for a tell-all chat about The Firm, which aired while Prince Philip was in hospital.

The Duke of Edinburgh sadly passed away on April 9, with the Queen by his side at their Windsor Castle home.

Prince Charles, William and Harry were reunited for the funeral, and reportedly had talks after the ceremony, sparking hopes of peace between them.

A source said they are still in the first steps of rekindling their bond, but it is "exactly the first step" the Duke of Edinburgh would have wanted.

However, not every member of the Firm was quite so welcoming to the returning prince.

Princess Anne, Prince Edward and his wife Sophie appeared to blank him both before and after yesterday's service, with the myriad cameras at the event not capturing any acknowledgement.