THIS is the tragic story of a killer whale called Lolita – who according to a government report is "forced to perform injured and is starved" at an aquarium where Flipper was filmed.

The Seaquarium in Miami, Florida – where one orca has been locked up for more than half a century – has been accused of serious marine mammal violations in a damning government report. 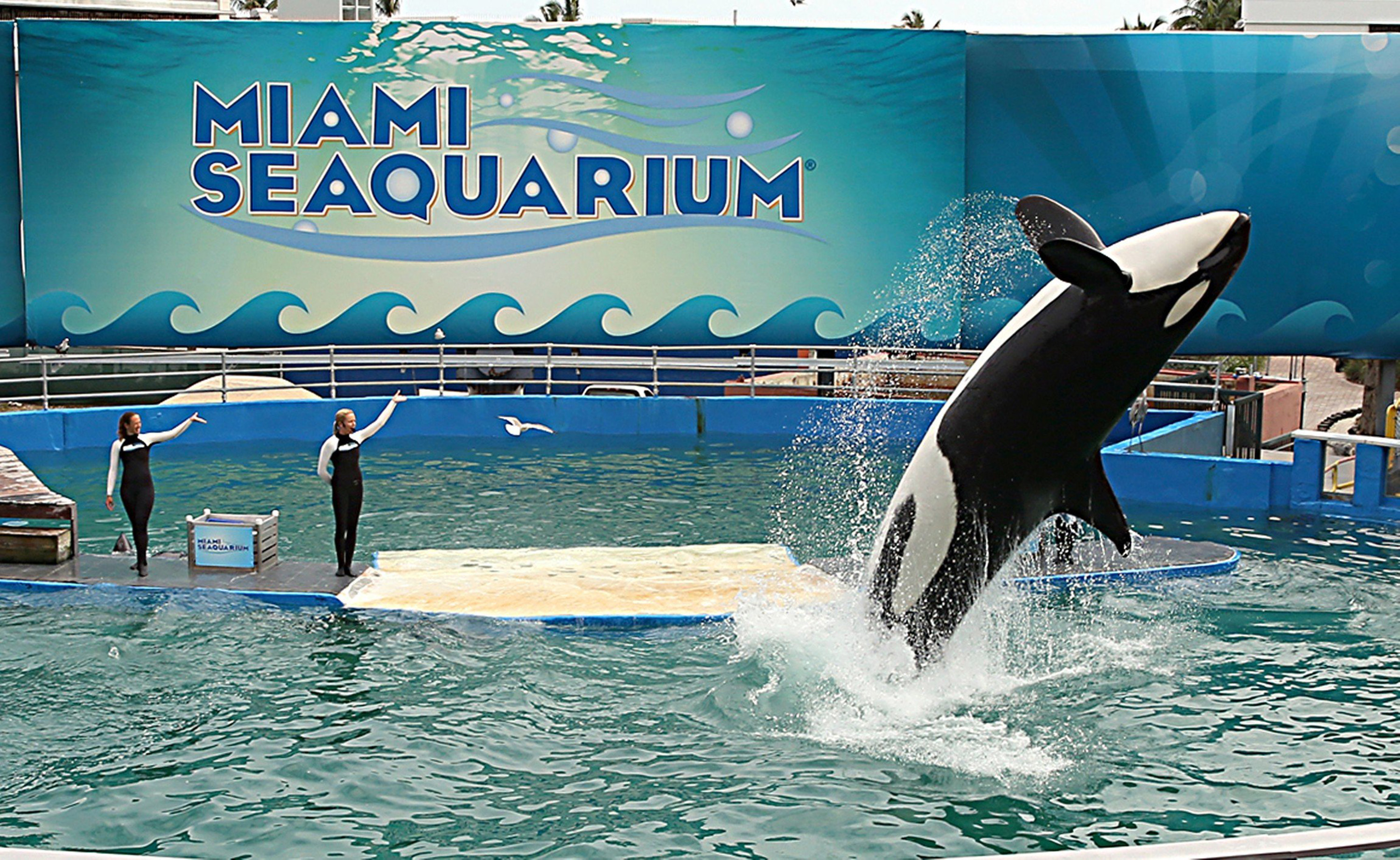 Lolita is the aquarium's star attraction – and is one of the oldest killer whales in captivity, having been locked up in Seaquarium for 51 years.

Campaigners have said that she is far too big for the miniature tank that she lives in – which is only 20 feet deep and just 35 feet wide.

And now a bombshell government report revealed the 56-year-old orca is severely underfed, is given rotting fish to eat and is forced to perform while injured.

A US Department of Agriculture report released last month lists multiple problems with the aquarium – including "critical" issues with the pools and enclosures for dolphins, seals and the killer whale.

There are also serious problems with poor water quality and inadequate shade for the animals, according to the report.

Inspectors found that dolphins had been injured and some had died – because incompatible animals were often housed together, according to publication NPR.

And the report found that Lolita and other sea animals were being fed food that was going bad.

According to the USDA report, Lolita's bloodwork showed inflammation after eight days of eating the bad fish.

Staff were also known to override objections that the Seaquarium vet would make – including making her perform head-in jumps despite being injured.

Trainers also cut the amount of fish that Lolita was meant to receive by 30 pounds a day, the 17-page bombshell document said.

Naomi Rose, a marine mammal scientist with the Animal Welfare Institute, claims: "She injured her jaw because they were making her do things that she was just too old to do.

"And the vet told them not to make her do them anymore. And they ignored the vet."

People in South Florida have been campaigning against Seaquarium for decades – especially for the rights of killer whale Lolita.

The whale reportedly isn't doing shows right now due to stadium repairs, but she has been doing shows twice a day since she was captured in Puget Sound in the Pacific Northwest in the 1970s.

One protester, Thomas Copeland says he's been coming to the "horrific" aquarium on weekends for four years.

He said: "This place is horrific for animals. It is torture.

"Fifty-one years of captivity for that orca and you won't even get to see her, to see her condition."

The popular TV series Flipper TV which was filmed there in the 1960s.

In response to the damning report, the Seaquarium said it's "dedicated to delivering the best care to all of our animals" and is working with the Department of Agriculture’s Animal and Plant Health Inspection Service on issues identified in the report.

It has been reported that the current owner, Palace Entertainment, recently sold the aquarium to the Dolphin Company.

The new company has promised to make improvements to the facilities and to allow authorities to make unannounced inspections. 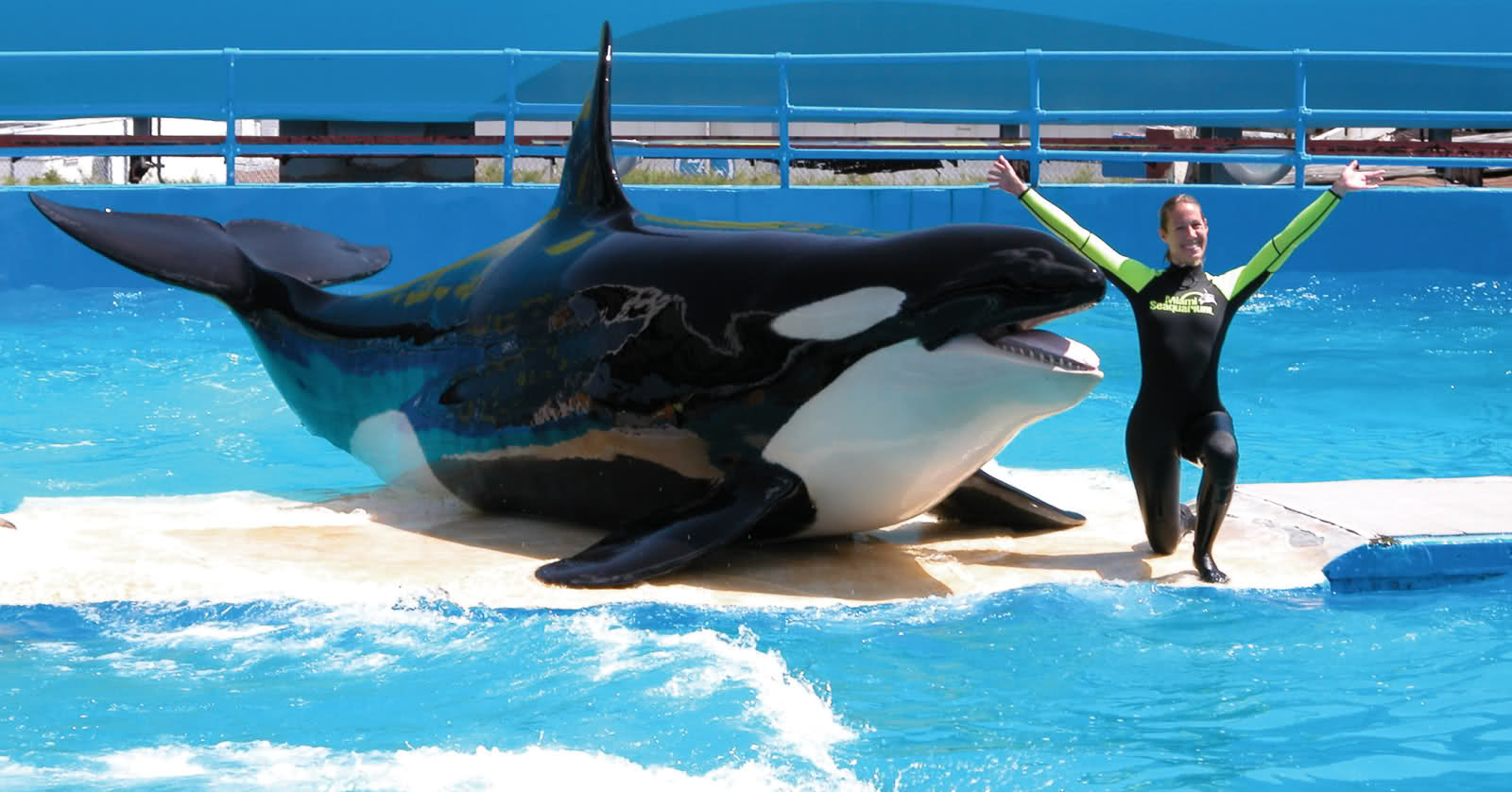 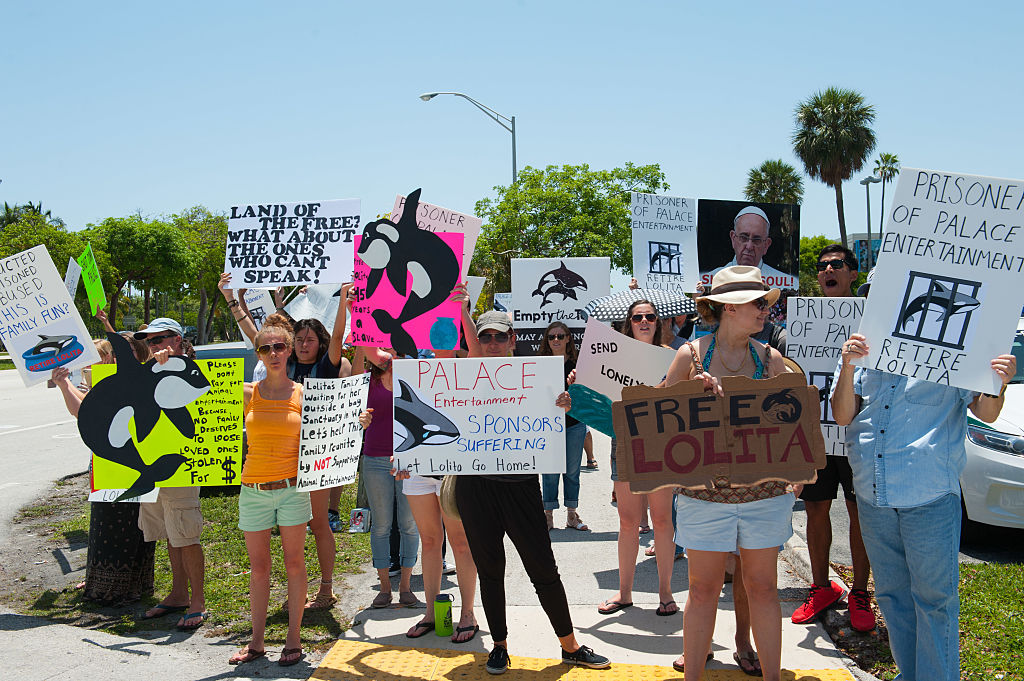 Woman, 24, feared she’d die after her pet dog Maverick chewed off her nose and lips in savage attack at home – The Sun