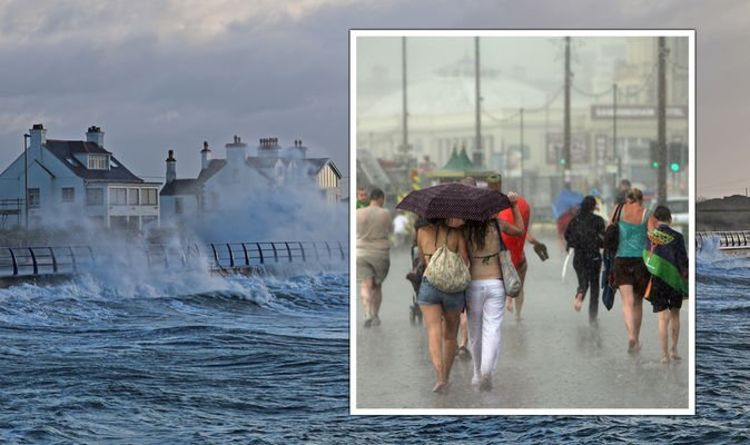 The remnants of Hurricane Larry are expected to push a high pressure weather formation north of the UK and allow an Atlantic-based low pressure front to move in behind it. According to the BBC Weather monthly outlook, “this is set to more unsettled and often wet weather for the next several weeks”. The BBC’s weather forecast for the second half of September said the nation will experience “temperatures that will be changeable but often above average, especially in southern areas”.

According to the Met Office, the short term forecast for the UK for the next 24 hours will see “cloudier weather in the far northeast of Scotland with outbreaks of rain clearing”.

The Met Office added: “The weather will be cloudier in the southwest too with rain spreading northeast to affect western areas through the afternoon.”

Meteorologist Alyssa Smithmyer speaking to Express.co.uk said: “In the short-range, the weather across the UK for this weekend will be showery and largely cloudy.

“On Saturday, the majority of showery spells will be across northern regions.

“Heavier periods of rain will be across northern Scotland on Sunday.

“The weather across the north of the country will remain mostly cloudy.

“There will be occasional showers and rain that will spread across southwest and south-central England.

“There may be the odd shower west of London.”

High temperatures today will be slightly above normal for this time in September, ranging from 16-22 Celsius across the south UK.

Temperatures will range from 10-17C across northern regions.

In the long-range, Ms Smithmyer from AccuWeather said temperatures across the UK will still be slightly above average as we move into the middle of September.

For mid-September, the best chance for warmer spells to occur will be in southern regions.

However, AccuWeather said that “by the first week of October, temperatures are likely to shift closer to normal”.

But, the weather “still may remain a few degrees above average for this time of year”.

According to AccuWeather, towards the middle to the end of October, weather features moving in from the Atlantic will bring “rainy and windy spells”. 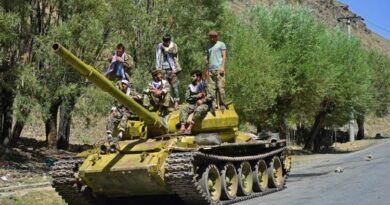 Taliban fightback is on! 13 militants killed and ‘tank destroyed’ after rebel ambush