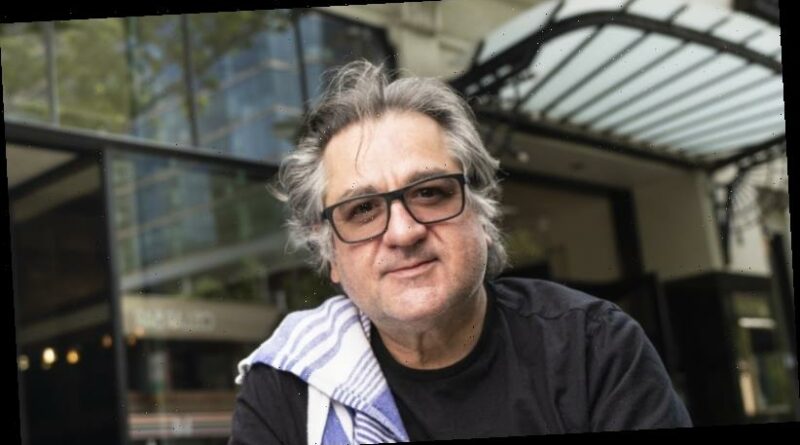 The slower-than-expected return of office workers to Melbourne's central business district has dealt another blow to the city's hospitality and retail sectors, struggling to recover after an interminable 2020 and a quiet festive period. 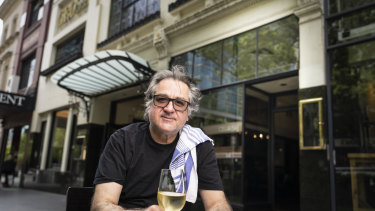 But that boost seems further away than the sector had hoped, with many of Melbourne’s major employers in no rush to bring their staff back amid fresh community transmission of COVID-19 and strict indoor mask rules, including in workplaces.

The CBD received a further blow on Tuesday when the state government confirmed it was reviewing its plans for workers, including its own public servants, to return to the office.

The Victorian public service – the largest employer of workers in the city – was due to bring back up to 25 per cent of its staff from next Monday.

The phased return was due to cover up to 50 per cent of public servants from February 8, subject to health advice.

Commercial offices in the CBD were set to have up to 50 per cent of staff capacity from next Monday.

But on Tuesday a state government spokeswoman said both programs would be revised because of Victoria's recent coronavirus outbreak and cases in NSW.

"The government has asked the public health team to review Victoria’s return to work schedule," the spokeswoman said.

Given the evolving COVID-19 risk, major employers and the Victorian Chamber of Commerce expect the return to be a slow, drawn-out process.

NAB, Westpac, ANZ and other major employers say their staff will return in stages, mostly from next month.

"The [hospitality] industry is banking on a boost for the city to come back, there's no doubt about that," Mr Grossi said.

"It's just one of those things. We've had a bit of a blow now with this last couple of weeks of cases having come back.

"So obviously everybody's a bit shaken up by that, and not feeling great about it … we've gone through some really hard times last year so, hopefully, we've got all the positive spirit and energy that we could possibly muster up and get over it and keep moving forward rather than seeing us go backwards."

"You can't really predict anything," he said. 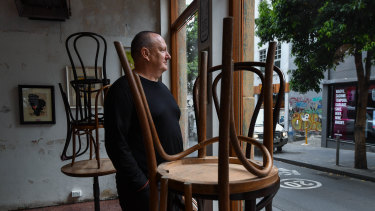 "We were sort of hoping that everything was going to be good and we had that little spurt just before Christmas where everybody seemed to be out and about and happy. And now we're back to, like, we could go either way at the moment, I think."

While many venues draw patrons into the CBD for a dining or drinking experience, the precinct is heavily reliant on office workers for day-to-day income.

Pre-COVID, almost half the estimated 1 million people who travelled into the CBD every day did so for work, while relatively few people call the CBD home.

Since Australia shut its borders in March, applications by foreign citizens to study in Australia have collapsed by more than 80 per cent. The number of international students is expected to be half its pre-pandemic total by mid 2021.

"In the short to medium-term we're unlikely to see pre-COVID-level CBD office populations, with workers and employers favouring more of a hybrid approach to working," she said.

"This is not only a safety and social distancing choice, it is becoming a lifestyle choice as well. Once formed, consumer habits tend to stick."

Ms Brown said there was an opportunity this year to rethink and redesign the CBD model, including retail, "and leasing relationships need to be reimagined as part of this".

"Whilst CBD worker populations are traditionally the largest group, it's a connected ecosystem, with hospitality, cultural and residential life all feeding the retail sector.

"We all need to work together to revitalise the CBD and create a dynamic visitor opportunity. CBDs are powerful precincts with a magnetic pull when all these stakeholders work together to attract people into the centre."

City of Melbourne chief executive Justin Hanney said the council was focused on the return of office workers.

"Ensuring the safe return of city workers remains a priority to help boost Melbourne's economic recovery and reinvigorate our streets," he said.

"The safe return of more people to our city will boost the confidence of employers and employees alike and encourage the return of more workers in the future, creating crucial jobs as our economy recovers and reactivates."

‘Beautiful’ mum-of-two, 33, who plunged to her death from 7th floor apartment pictured as man, 52, held for ‘murder’ – The Sun