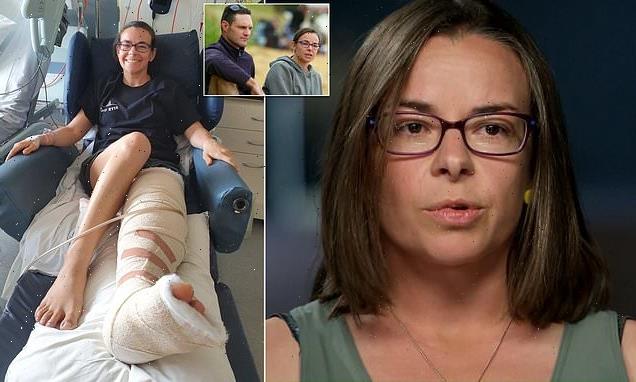 A shark attack survivor has opened up about the moment a great white bit into her leg while surfing and how her husband leapt into action and fought the beast off.

Chantelle Doyle, 35, a keen surfer, was on a trip to the coastal town of Port Macquarie on the NSW mid-north coast with husband Mark in 2020.

Early on they took to the crystal clear water on a ‘sunny and beautiful day’ with Ms Doyle saying nothing appeared out of the ordinary.

But the idyllic setting was shattered about 9.30am when a great white shark struck ‘underneath my board – it hit my leg straightaway – just bang, grab,’ Ms Doyle told 60 Minutes.

The shark latched onto her calf – refusing to let go – with her thoughts immediately turning to whether anyone would be able to reach her before it dragged her under. 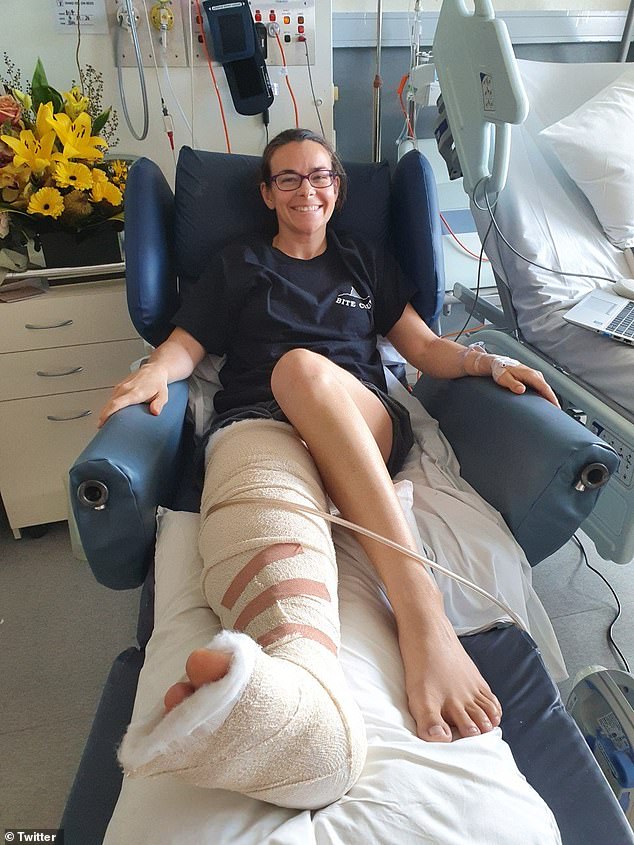 Ms Doyle, 35, has undergone 15 months of microsurgery and rehab (pictured) after the great white shark attack

Mark was surfing about 10m nearby and caught sight of the fin and the sharks head near her leg.

‘So, I just ditched the board, to just start whaling punches… It was just, just throw as hard as I could until it lets go, because you sort of, just want it to be gone.’ he said.

‘[I was looking] dead-set in the eye. That memory sits with me a lot, a black eye.’

He said he aimed his punches at the sharks nose because ‘it’s more sensitive’.

His strategy worked with the blows causing the shark to let go and swim away and he was able to get Chantelle to shore.

Ms Doyle is now bravely back in the water again after 15 months worth of microsurgery on her leg combined with painful rehabilitation and physiotherapy.

‘Muscle, bone, ligament, tendon, nerve, everything gets done,’ she said.

‘Most parts of my leg were injured except for my arteries. If my artery had been hit… I’m not having this conversation.’ 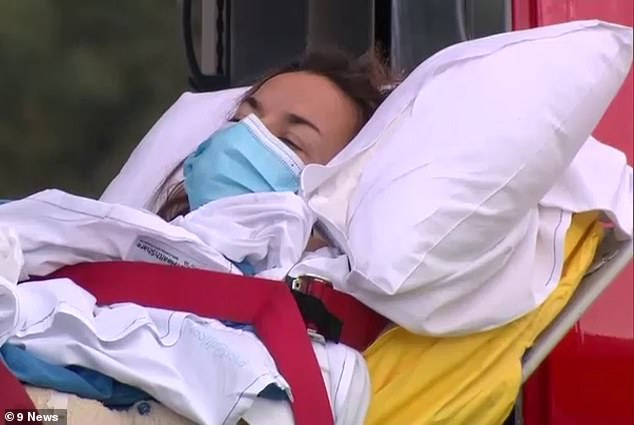 Ms Doyle’s case, while very rare, is becoming less so as shark attacks in Australia and across the world increase.

In the 1990s there were 82 recorded shark attacks in Australia, which jumped to 161 in the following decade.

In early November, Western Australia was rocked by a deadly great white attack.

Paul Millachip, 57, is believed to have been taken by a shark on his Saturday morning swim – his goggles is all that has been found after an extensive search.

The keen swimmer, runner, and cyclist’s wife was on the sand at Port Beach in North Fremantle when she heard the commotion. 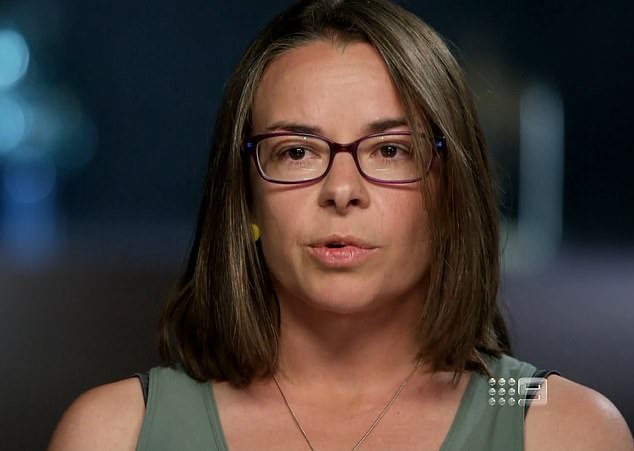 Dr Paul Butcher from the Department of Primary Industries is a researcher doing groundbreaking work on tracking shark movements – particularly great whites – to better understand how they migrate in an attempt to keep beaches safer.

‘There’s lots of new technologies that we’re rolling out.’

‘And we now understand, on our beaches, what they eat and exactly how big their population size is.’

Nathan Hart from Macquirie Univeristy is also studying sharks but in a novel way – their psychology.

He said some cases of shark attacks are mistaken identity – with surfers resembling seals or other prey and in some cases the shark could even just be exploring its surroundings and veer into the path of a surfer. 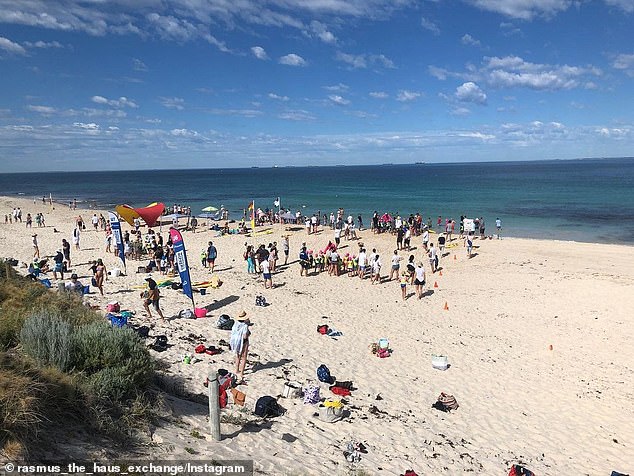 ‘People being in the water year round in things like wetsuits, just the growth in population and usage of the beaches means that people are around sharks more.’ Professor Hart said.

‘I don’t think sharks have changed it’s just the circumstances.’

He is even working on an experimental method which uses lights as a deterrent to sharks.

There eyes more sensitive to bright light as the sun’s rays lose intensity through water.

‘Based on our work on the visual system, we’re trying to manipulate how the surface, would appear to a shark.’

The research could lead to a system of lights being installed underneath surfboards as a safety measure.

Professor Callum Brown from Macquarie University said despite the increase in shark attacks they are still exceptionally rare. 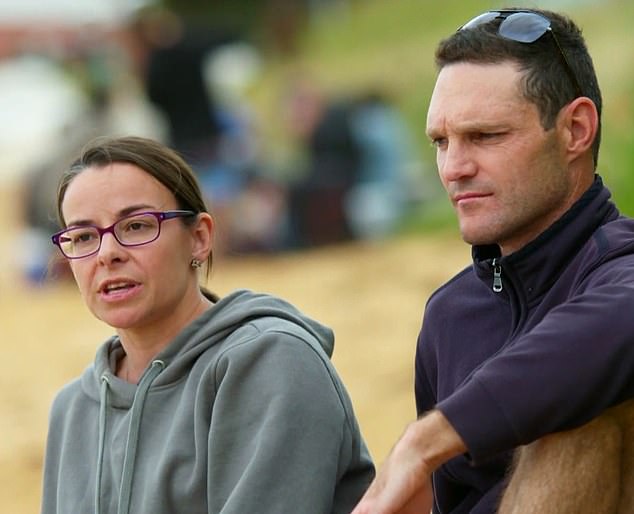 He added that old school methods of shark control such as nets, drum lines, and culls were being replaced with newer methods which are potentially more accurate.

One such method is to deploy drones which scan the water and send images to an artificial intelligence computer which can accurately spot sharks.

There are also personal deterrents which work by emitting an electrical pulse but these have the be used within metres from a shark to be effective.

And finally, there are camouflage wetsuit and surfboard decals which can prevent surfers from appearing like seals to hungry sharks. 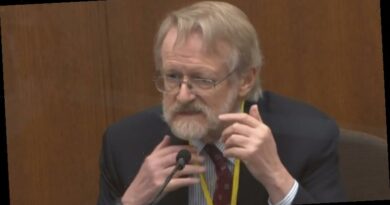 George Floyd died from a lack of oxygen, expert says at trial