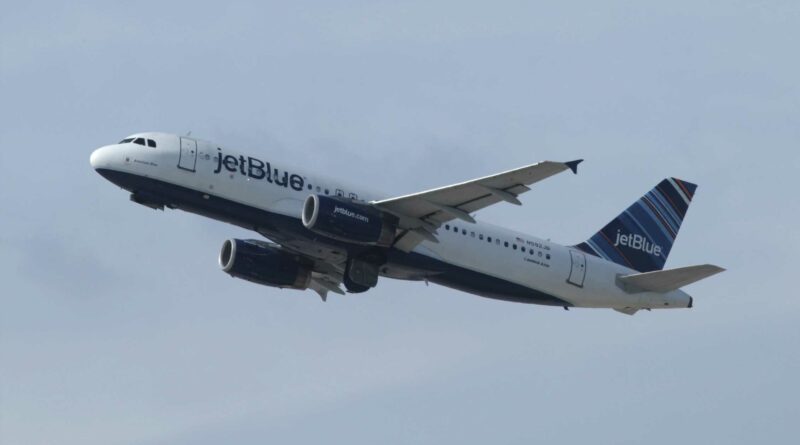 JetBlue Airways is offering its flight attendants $1,000 attendance bonuses for not calling out through early January, according to a company memo reviewed by CNBC, the latest effort by a carrier to avoid staffing crunches during the holidays.

Airlines have been gearing up for a surge in travelers, many of whom skipped in-person celebrations last year as Covid cases were on the rise. The Transportation Security Administration this week said it expects to screen 20 million travelers from Friday through the end of Thanksgiving week on Nov. 28, close to pre-pandemic levels.

But some airlines have been scrambling to ensure they have enough staff, rattled by disruptions. Southwest Airlines and American Airlines cancelled 2,000 flights apiece in less than one-week periods this fall.

Some analysts have said the incentives could end up costing airlines less than a meltdown.

Southwest has offered flight attendants and other operations employees 120,000 Rapid Rewards points, the carrier's frequent flyer program, for meeting attendance goals. Those points are worth more than $1,400. The airline has reported a high rate of sick calls.

American Airlines, meanwhile, says flight attendants can earn at least 150% pay for peak holiday trips and up to triple pay if they also meet attendance goals through early next year. It also offered $1,000 bonuses to other staff as well as at its regional airline subsidiaries. The pilots union, however, rejected the carrier's offer for double pay over the holidays and said it was seeking permanent improvement to how the airline sets its schedule.

JetBlue's flight attendants can qualify for the $1,000 bonuses if they don't call out from work from Nov. 22 through Jan. 5 and work at least 100 credit hours over that period if they are full time.

"After a long period away from family and friends, our Customers have been telling us they're ready to travel and they are counting on us to deliver, Crewmembers and leadership alike," Ed Baklor, head of customer care and programs wrote in a note to flight attendants this week. "To prepare for the holiday hustle while also recognizing your commitment and support to protecting the operation through the holidays, we're launching a one-time holiday rewards program to thank Crewmembers who fly their trips and do not call-out."

In-flight crews will also get confirmed space on planes to commute, Baklor said. They are also encouraged to call out if they are sick but will need to show a doctor's note for absences between Nov. 22 through Jan. 5.

Give me some of that: Trump renews call for negative U.S. interest rates