One of the agencies overseeing the U.S. banking industry has set its sight on regulating digital currencies. The Federal Deposit Insurance Corporation (FDIC) is working with the Federal Reserve and other watchdogs on how to better police the industry, with one of its proposals being that all stablecoins must prove to regulators that they are backed 1:1 by highly liquid assets.

FDIC provides deposit insurance to depositors in U.S. banks and is one of the agencies that oversee the banking sector. It insures over 4,500 institutions in the United States.

According to its chairperson, the FDIC is seeking to add its name to the list of regulators that want to oversee the digital currency industry. Speaking at the Money 20/20 conference, chair Jelena McWilliams said she had been in talks with the Fed and the Office of the Comptroller of the Currency (OCC) on what she described as ‘the crypto sprint.’ Through this process, the three are coordinating policies for when banks are permitted to engage in digital currency activities.

She commented, “My objective is to provide clear guidance to the public on how our existing rules and policies apply to crypto assets, what types of activities are permissible for banks to engage in, and what supervisory expectations we have for banks that do engage in such activities.”

The three agencies plan on releasing a series of policy statements in the coming months, according to McWilliams.

Stablecoins are the biggest area of focus for regulators at the moment and the FDIC head delved into them as well. McWilliams, who was appointed to the FDIC in 2018 by former President Donald Trump, acknowledged that stablecoins offer several benefits.

However, they also come with a set of risks. “…specifically if one or more were to become a dominant form of payment in the United States or globally. This could lead to substantial sums of money migrating out of insured banks with significant ramifications for credit creation, financial stability, and bank funding,” McWilliams told the attendees.

If the U.S. is going to realize the benefits of stablecoins, they must be subject to well-tailored government oversight. Above all else, this oversight should rest on the foundation that these stablecoins are truly backed 1:1 by highly liquid assets, she stated.

If stablecoins issuers claim to have reserves to back their coins, they should allow regulators to have access to these records to ascertain the reserves, she believes.

Aside from the reserves, the government must ensure that stablecoins have operational resilience and that adequate money laundering checks are in place.

“Establishing clear regulatory expectations will be paramount to give this market an opportunity to grow and mature in a responsible manner,” she concluded. 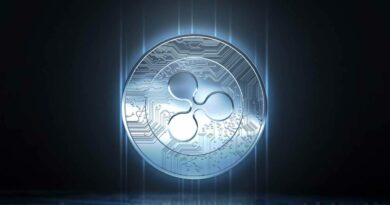