Home » Square not revisiting its Bitcoin allocation, but still interested in the asset 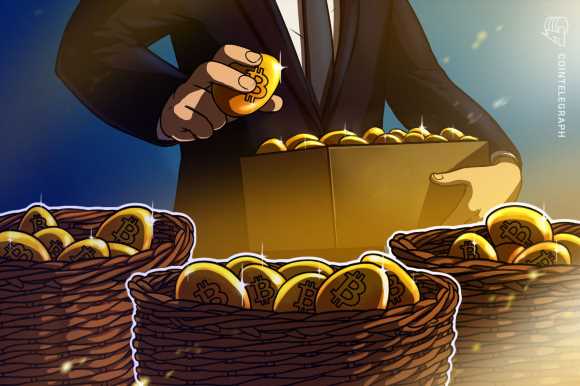 Over the course of 2020 and 2021, Square bought over $200 million worth of Bitcoin. At present, the payments company does not anticipate picking up more of the asset, according to its chief financial officer, Amrita Ahuja.

Cointelegraph reached out to Square for additional comments, but did not receive a response in time for publication.

In October 2020, Square announced buying $50 million worth of Bitcoin (BTC), which equated to 4,709 BTC, given the asset’s prices back then. In February 2021, the company announced picking up $170 million worth of additional Bitcoin, which paid for roughly 3,318 coins.

May has hosted sideways and downward price action from Bitcoin, although Square has still seen some significant profit from its BTC holdings. “In Square’s most recent quarterly earnings, published on 6 May, the company said it had lost $20m on its bitcoin investment despite its fair value rising to $472m based on market prices,” Financial News detailed.

Square’s Bitcoin involvement does not stop at its purchasing of the asset, however. The company’s Cash App facilitates free Bitcoin transactions, unveiled in March, as per Square’s May 6 earnings document. Square’s Cash App also hosts Bitcoin trading.

“Lots of other opportunities for [Square] to learn with bitcoin” exist, Ahuja told Financial News following her comments on the company’s stance on its Bitcoin holdings.

She also said in the interview:

“We’re always evaluating and as ever, I think we’d be customer-led […] As we see the evolution of the bitcoin product or crypto products in general, I think we’ll make further assessments at that point.”

Square’s CEO, Jack Dorsey, has spoken positively of Bitcoin on a number of occasions.