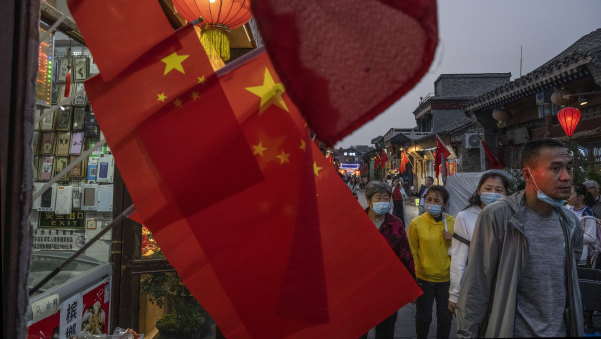 Navigating the maze-like showroom that is an Ikea store has always been notoriously difficult. But last weekend, hundreds of shoppers in Shanghai found themselves barging their way past security guards just to get out of the doors at the Xuhui district outlet.

On social media it looked like a closing-down sale or Black Friday scrum. But these shoppers weren’t in search of a bargain Billy bookcase. They were simply trying to leave the store. 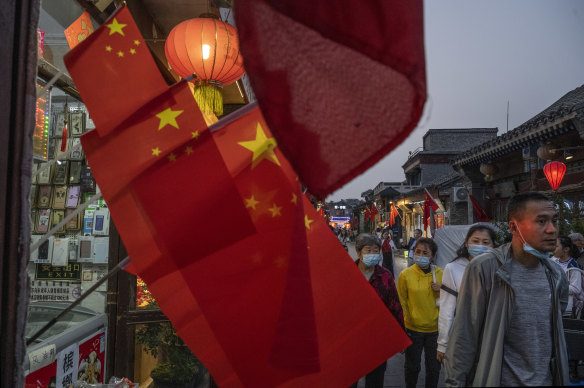 The zero-COVID policy is hurting morale as well as damaging business sentiment and tourism, and inflicting long-term damage on the economy.Credit:Getty

China’s draconian approach to tackling COVID-19 has previously left some shoppers trading their handbags for sleeping bags. In Shanghai, those unfortunate enough to fail in the escape from Ikea were trapped for hours behind the locked exit as authorities ordered swab tests for all customers, all because one shopper was in close contact with someone with the virus.

They’re not alone. Horror stories have emerged of people being locked in Uniqlo for 48 hours or being trapped in Disneyland as authorities mass-tested tens of thousands in the pursuit of COVID zero. “I never thought that the longest queue in Disneyland would be for a nucleic acid test,” one disgruntled theme park-goer said last year on social media.

The latest official figures provided further evidence that the strict COVID policies are choking off an already nascent recovery. Retail sales have slowed, factory production is stuttering and even investment is falling short of expectations. The talk now is not whether the country will miss an implicit growth target of 5.5 per cent this year, but by how much.

Shanghai, China’s most populous urban area, has endured some of the strictest lockdowns in the world under a strategy set by the country’s premier Xi Jinping. The city of 20 million people has ordered flash lockdowns of areas where positive cases or their close contacts have been detected.

It is hurting morale as well as damaging business sentiment and tourism, and inflicting long-term damage on the economy. Restaurants are among the hardest hit by repeated lockdowns, while an increasing number of shoppers are staying away from Chinese high streets as sudden store closures become the new normal.

“The virus situation remains a risk,” said analysts at Capital Economics. “New infections have been climbing again. Even if the current outbreak is contained, the zero-COVID strategy means that targeted lockdowns will remain commonplace, depressing consumer activity and spending.

“The slow progress in expanding vaccination among the elderly means the zero-COVID policy won’t be abandoned any time soon.”

In an attempt to calm markets, China’s central bank trimmed interest rates for the second time this year, despite fears of rising inflation. The People’s Bank of China cut two key lending rates, though Craig Botham, at Pantheon Macroeconomics, says the move will do little to support consumer spending, because there just isn’t any appetite to borrow.

“Availability of funds is not the problem, loan demand is,” he says. “Equally, the price of credit is unlikely to be the deciding factor, particularly with interbank rates so low.” 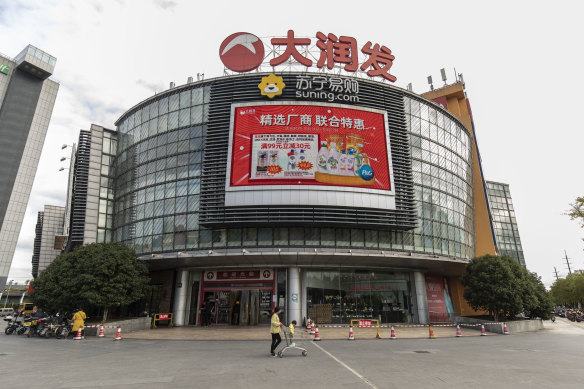 An increasing number of shoppers are staying away from Chinese shopping districts as sudden store closures become the new normal.Credit:Bloomberg

An even bigger worry is the growing number of young people who cannot find a job. A world where policymakers keep switching economic activity on and off has caused uncertainty among businesses. Many can’t be sure how many staff they’ll need today, let alone in a year’s time. Around 11 million Chinese graduates entered the uncertain jobs market this year, which has pushed up youth unemployment to 19.9 per cent.

There is also China’s rapidly deteriorating property market, which threatens to exert a long-term drag on growth. House prices are falling, and attempts to engineer a soft landing have been challenging. Official data on Monday showed property investment between January and July fell 6.4 per cent compared with the same period in 2021.

Lawrence Brainard, an economist at TS Lombard, says local governments have been using cash to prop up projects and “keep prices from falling precipitously”. But he adds: “the option of defaulting has become increasingly attractive to developers.”

More and more shoppers are now just choosing to stay at home, which could have big consequences for the world’s second-largest economy.

Uncertainty surrounding the market means nobody is building. And an increasing number of homebuyers are refusing to pay mortgages on properties they have bought because developers can no longer finish them. The number of new construction projects is now lower than the trough reached in 2020, when the pandemic first hit activity.

Most analysts believe China has the financial firepower to avoid a widespread property crash. But Brainard believes the alternative may be worse. “In the end, the central government will have to provide much of the money required: but before that can happen, a housing strategy must be in place, which will take more time,” he says. “So, instead of a sharp market-driven adjustment in prices such as happened in the 2008 US financial crisis – where the banks wrote off their losses – China’s property sector is facing a long, drawn-out descent into years-long stagnation.”

Raymond Yeung, at ANZ Bank, says China must reverse its strict COVID rules if it is to avoid a self-inflicted downturn. “Broader policy changes, ranging from property to COVID-19 containment, are required to arrest China’s economic slowdown in the second half of this year.”

Shanghai’s Ikea store was expected to reopen its doors to customers this morning. Those lost in the Ikea labyrinth have been stuck in quarantine for two days followed by five days of health monitoring.

More and more shoppers are now just choosing to stay at home, which could have big consequences for the world’s second-largest economy. 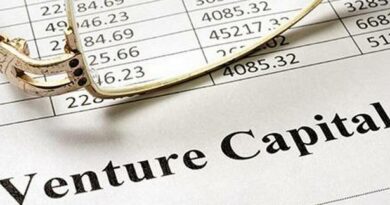 Trump Jr. rips NY politicians over 'insane' taxes: They scared away tens of thousands of producers