Sentiment in Asia was mixed early, then turned positive, with most of the region’s major markets trading higher.

Nomura and Credit Suisse are facing billions of dollars in losses and regulatory scrutiny after a U.S. investment firm, named by sources as Archegos Capital, defaulted on equity derivative bets, putting investors on edge about who else might be exposed.

Nomura shares were down a further 1.1% Tuesday after dropping as much as 16% on Monday, when it revealed it might take a $2 billion loss from the hedge fund fallout.

“From a market perspective, with contagion looking limited … despite the news flow of further forced liquidations and prime brokerage losses, this looks at this stage to be a positioning-driven sell-off in U.S. futures and various single stock names,” said Eleanor Creagh, market strategist at Saxo Bank.

Hong Kong’s Hang Seng Index gained 1.2% to reach 28,668, driven up by a rebound in the city’s tech stock index. That index has been under pressure from concern over the Chinese government’s move to increase regulation of tech companies.

Japan’s Nikkei was flat, weighed down by Nomura. Australia sounded a weaker tone when the S&P/ASX200 closed down 0.9% at its lowest point for a week.

Hong Kong’s commerce secretary, Edward Yau, flagged on Monday the government had restarted talks with Singapore on re-establishing a travel bubble between the cities.

“Investors will also be watching the number of COVID cases as rises in Western Europe and the Philippines see the return of renewed restrictions, while vaccination attempts threaten to stall amidst supply constraints and vaccine nationalism,” Tian said.

“While restrictions are increased in Europe, the UK will be relaxing stay-at-home rules.”

In currencies, the dollar rose to its highest in a year against the yen, boosted by the spike in Treasury yields. The euro fell to $1.1751 against the dollar for the first time since Nov. 11.

Oil prices fell as the Suez Canal opened up after being blocked for days by a grounded supercarrier. Attention turned to an OPEC+ meeting this week, where the extension of supply curbs may be on the table amid new coronavirus pandemic lockdowns.

Warren Buffett's Berkshire Hathaway invested in a gold miner last quarter. Here's why that's a huge departure from the past.

Bill Gross Reaches Back to Vietnam to Describe Neighbor Encounter 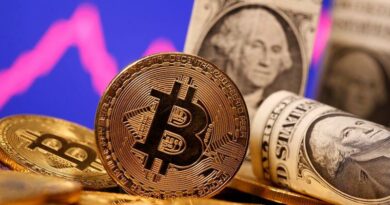