President Biden's push to nearly double the tax rate paid by wealthy investors when they sell stocks and other assets could actually cause federal revenue to drastically decline over the next decade, according to a new analysis published Friday.

Findings from the Penn Wharton Budget Model, a nonpartisan group at the University of Pennsylvania's Wharton School, show that Biden's proposal to raise the capital gains tax rate to 39.6% from 20% for Americans earning more than $1 million could reduce federal revenue by $33 billion between 2022 and 2031.

WHAT BIDEN'S CAPITAL GAINS TAX PROPOSAL COULD MEAN FOR YOUR WALLET

The president is expected to include the tax hike in his forthcoming spending proposal, dubbed the American Families Plan. A source familiar with the matter told FOX Business that Biden intends to keep an existing surcharge in place, bringing federal tax rates for the wealthy as high as 43.4%.

But unless Biden couples the increase with a plan to eliminate the so-called stepped-up basis, it won't be the revenue-raiser that his administration wants it to be, according to Penn Wharton.

That's because under current law, when heirs inherit an asset that has appreciated in value, they get a "step-up" in basis, meaning they receive the holding at its current market value. Beneficiaries can sell those assets and pay capital gains based only on the time they receive the asset and the time they sold it, allowing them to minimize the tax bite. The Penn Wharton analysts cited evidence that demonstrated when taxes on capital gains rise, realizations of those same capital gains fall – and vice versa.

"Because taxes are due upon realization rather than accrual, taxpayers can use several strategies to time realizations in way that reduces liability," the authors wrote.

If Biden closes that loophole as part of his tax and spending plan, however, raising the capital gains rate could generate $113 billion over the same time period.

But Biden is seeking to reverse a long-standing provision of the tax code that imposes substantially lower rates on successful investments than ordinary income.

The president campaigned on equalizing the capital gains and income tax rates for rich Americans. 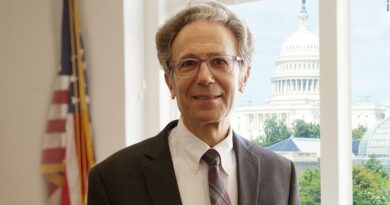 Brexit POLL: Would you be happy with Britain leaving EU without a trade deal? VOTE HERE