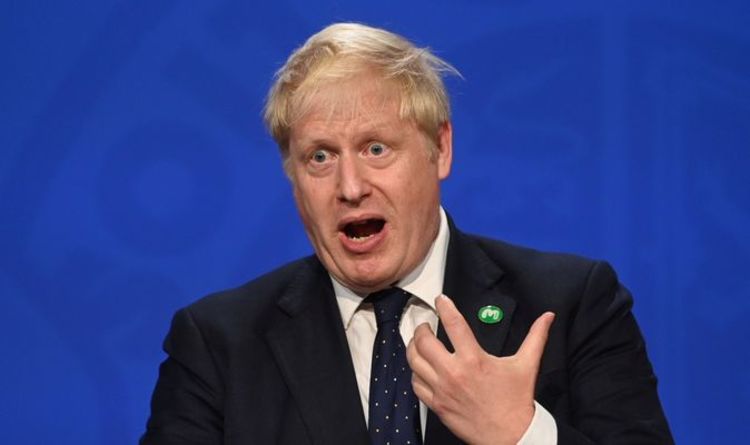 The Prime Minister could be facing a vote of no confidence issued by one of the most powerful backbench MP groups, as MPs grow weary of Boris Johnson’s inability to keep the Tory party’s reputation in check. The ongoing scandal engulfing Downing Street still hasn’t been resolved despite the resignation of former advisor Allegra Stratton, who was caught laughing and joking about an alleged party in the Prime Minister’s home last December.

The implementation of new coronavirus restrictions has also caused disquiet among backbenchers, with more than 50 Tory MP’s saying they will vote against measures like vaccine passports and the working from home order.

Speculation has been rife that members of the highly influential 1922 committee could be considering a vote of no confidence in the Prime Minister.

Tory MPs disgruntled with their party’s current leadership can submit no confidence letters to the 1922 Committee of backbench Conservative MPs.

What is a vote of no confidence?

A vote of no confidence is when a parties MP’s have essentially decided they do not trust the current leader to continue in their post and wish to replace them,

The Conservative Party’s rules state that at least 15 percent of Tory MPs must write a no confidence letter to make a leadership challenge possible.

Under the Conservative Party’s rules, letters are handed in confidentially, so no accurate total of how many have been submitted is known.

If enough letters are received – 54 – a secret ballot will take place.

MP’s will then be able to decide whether they have sufficient confidence in the Prime Minister to go on with the job.

Mr Johnson would need to secure the backing of half of all his MPs plus one – 181 in total – to continue as leader.

DON’T MISS
Plan C explained: The date even more Covid restrictions could come [INSIGHT]
No.10 party tells you how EXACTLY Tories run the economy – COMMENT [OPINION]
How many Downing Street Christmas parties were there? [ANALYSIS]

If he survives such a vote, he would also be immune from another challenge for a year.

If the Prime Minister were to lose the vote, there would be a leadership contest – and Mr Johnson would not be able to enter himself.

Salma Shah, former special adviser to Health Secretary Sajid Javid, said many of Mr Johnson’s issues could land him in a leadership contest.

She said: “It’s not just one issue, there are obviously several issues.

“This is a very very dangerous position for the PM to be in but we are still a long way from a position where the prime minister can be completely pressured into going and I think that’s something we’ve got to bear in mind.

“There still has to be that mechanism in order to get rid of a PM – which is a vote of no confidence.

“Even if a vote of no confidence is called, whether there are enough votes to support that – it’s a bad position to be in, it’s had a bad impact on him electorally but what this actually means practically is yet to be seen.”

What are the odds Boris could lose his job?

Ladbrokes has the following odds for the Prime Minister being challenged in a no confidence vote: