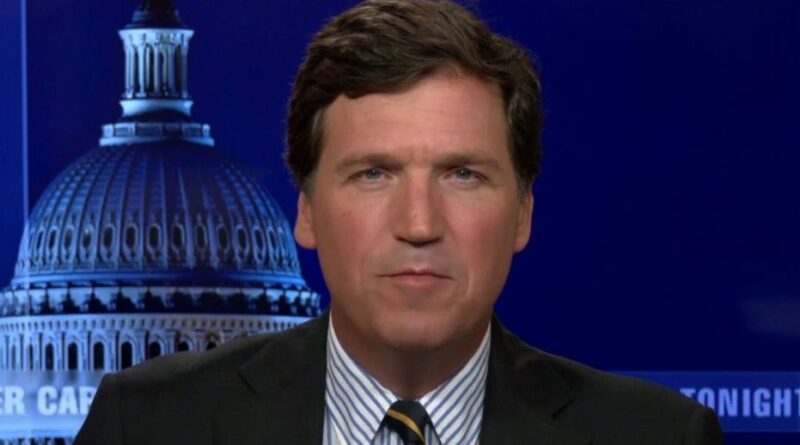 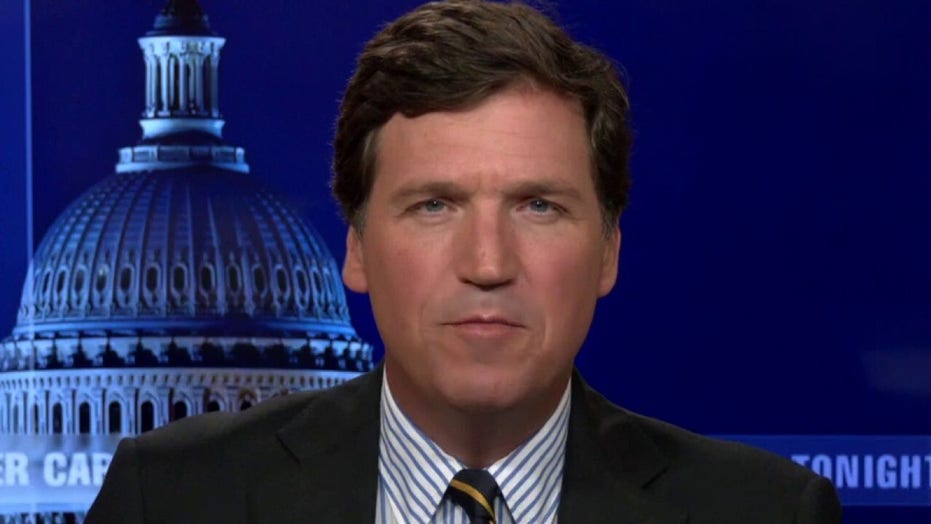 Tucker: Democrats are doing everything they can to stay in power

While Washington’s Mass Delusion tour continues, it’s amazing to watch. Just hours ago, in the latest installment, the secretary of defense and the chairman of the Joint Chiefs of Staff held a press conference at the Pentagon and they told us what they’ve been telling us all week from the White House and the State Department and everybody in charge. They’re telling us that our departure from Afghanistan, the one that looks like a disaster to you, has, in fact, and this is directly from Lloyd Austin, the secretary of defense been a resounding success.

Of course, if you subtract the 13 dead Americans, the two dozen trapped schoolchildren, the Afghans falling off airplanes, or the fact that we armed the Taliban with $90 billion worth of automatic weapons and helicopters, it’s been great.

They’re saying this so often, however, that it may not be propaganda, it is starting to seem like everyone in the Biden administration actually believes they just won. And that might explain why they’re promoting Jennifer Rubin columns from The Washington Post and walking away from reporters without taking any questions. They don’t have to explain themselves. It’s obvious this is a victory.

Watching all this should worry you. There are only two explanations for it. Either every senior government official in Washington has been chugging Ayahuasca and has departed from reality on the early train, and that’s possible, or on some deeper level, maybe they’re actually telling the truth as they understand it.

When they say this is a victory, maybe from their perspective, it is maybe what looks like chaos is in fact a plan of sorts, and maybe that plan is working just fine. Now, how can that be, you ask? This is all clearly a disaster. It’s on television. Voters hate it. The polls show that very clearly. So by any normal calculation, politically, Democrats would be very worried about the next election. They’re going to be punished, obviously, in the midterms. And Republicans are all excited about the whupping they think they will deliver. 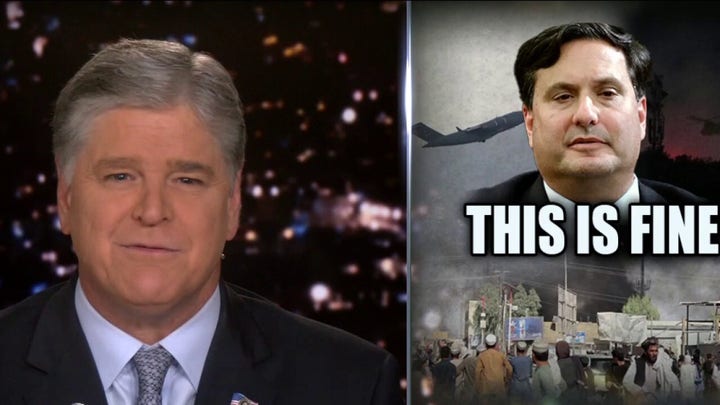 And yet, Democrats seem strangely content and self-confident. Why? Well, here’s one theory, unproven, of course, just throwing it out there to think about. Defense Secretary Lloyd Austin announced that the Biden administration is evacuated about 125,000 civilians from Afghanistan. Only 6,000 of them, Lloyd Austin told us, are Americans. The rest are Afghans. And of those, very few of the Afghans were translators or aides or contractors. The allies we’re hearing so much about, who fought with the U.S. military and who deserve our support and may deserve our support. Of that group, there are only a few thousand. You can be sure of this from a lot of different signs, but here’s one sign: the health department in Alexandria, Virginia, a very liberal town, taking thousands of refugees. The health department there just put up this urgent request, “Alexandria Health Department is looking for Pashto/Dari speakers to assist with translation support for recent arrivals.”

Oh, so the one thing we know about these recent arrivals is they’re not translators because translators probably wouldn’t need translators. These are instead refugees who don’t speak English. So the question is, where are they going next? Where all these people will be living three years from now? That’s a fair question. You can tell it’s a highly relevant question because whenever you ask it, the Biden administration servants in the national news media start to screech about how you’re a racist and need to shut up immediately.

CHRIS CUOMO: They’re getting caught up in what I call the Brown Menace, which is this Trumper right-wing fear of people coming into the country from Central and South America, these people seem to be getting swept up into that xenophobia.

FAREED ZAKARIA: It’s Stephen Miller’s response to the collapse of Afghanistan, the fall of Kabul, the takeover of the Taliban was look at Biden. He’s trying to get Brown people to come into the country. It’s sickening and it’s pathetic.

But the funniest part is when those two characters describe the Pashtuns coming to our country as Brown people. That’s hilarious because, for the record, they are not brown. They’re likely whiter than you are. But whatever the point is, CNN wants you to know that you don’t have a right to know how many of these people are coming here from Afghanistan and where they’re going. What neighborhoods are they going to be living in?

But, of course, you have a right because it’s your country. You own it. You pay for it. You were born here. It belongs to you. So you have a right to know what happens in your country. We looked into it because that’s what we’re paid to do. So if you’ve gone online recently and visit the official website of the State Department run by Mr. Tony Blinken, you’d have found a list of what they call welcoming communities. These are places where Afghan refugees, in particular special immigration visa holders, will be settling in the United States. 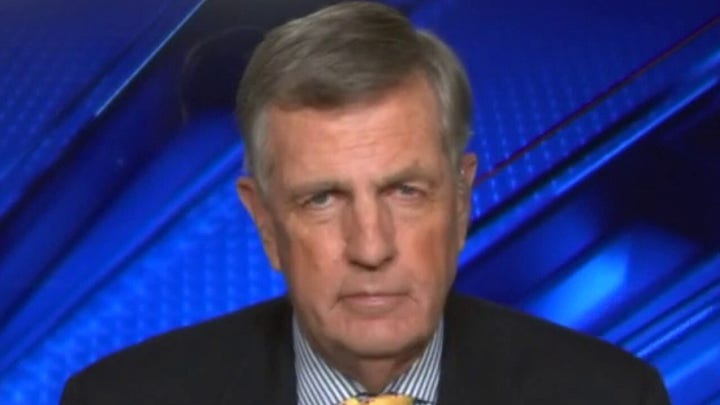 And if you look at that list long enough, you may notice something, especially if you cover politics. You may notice that these communities include an awful lot of swing districts and swing states all over the United States. It’s not just Virginia. Three of these communities are in Texas. The state the Democratic Party has tried to flip for years. Now it’s their first priority. One of these cities is Austin, one is Dallas and another is Houston. The State Department has also urged Afghans to go to the state of Pennsylvania. Does Pennsylvania need more people? Probably not. A lot of unemployment between Pittsburgh and Philadelphia. But Pennsylvania is also a state that Donald Trump won in 2016. So maybe they should go there.

And above all, they are using COVID to change how we vote. These are the tools they are using to maintain power and maintaining power, let’s be completely clear and never forget, has always been and always will be their only goal.

And that’s why the CDC, which for generations was a respected public health authority and for good reason, was created to fight malaria, did a good job at that, now seem to be in charge of housing policy.

Remember when Rochelle Walensky defied a Supreme Court ruling earlier this year to tell you that you can’t evict people from your home for any reason, even if they’re not paying rent? She has not been fired for that, she didn’t apologize for it, for desecrating our Constitution, for mocking the Supreme Court, no. Instead, the Biden administration has given her more power, which she now has. She told you, you probably shouldn’t travel for the holiday weekend, even if you’ve been vaccinated.

ROCHELLE WALENSKY: We have actually articulated that people who are fully vaccinated and who are wearing masks can travel, although given where we are with disease transmission right now, we would say that people need to take these risks into their own consideration as they think about traveling first and foremost, if you are unvaccinated, we would recommend not traveling.

OK, so this is a partisan Democrat for whom the concerns of the Democratic Party are never far from minds, so you have to think of it through a political lens because trust us, they do. Why are they making you more fearful than you necessarily need to be? Some people should be very afraid of COVID, but not everybody should be. What is this about?

Well, maybe it’s for the same reason they would like hundreds of thousands of Afghans to flood into swing states. It gives them the power to change the rules of our democracy so they don’t lose another election. Considering what’s happening right now in California’s recall election, which is about two weeks from today.

In February, the state legislature in California passed a law requiring that all registered voters get a mail-in ballot even if they didn’t ask for a mail-in ballot. Why would you do that? Well, COVID, of course. “The pandemic has not gone away,” said one California assemblyman. 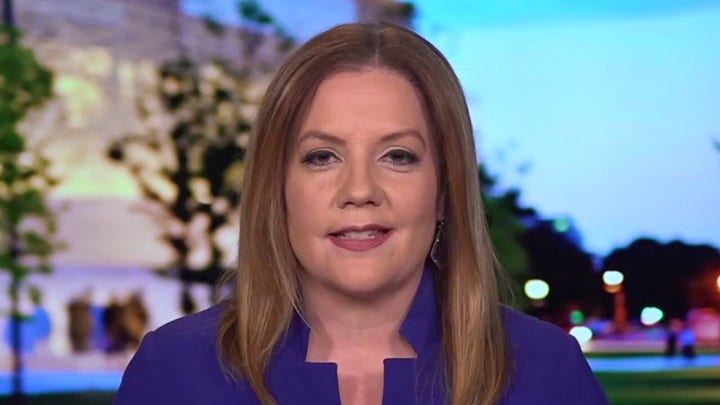 Now, here we are in September, and, of course, they’re telling us the pandemic is still not going away. And that is convenient for them and specifically for Gavin Newsom, who knows that mail-in ballots, which by definition lack any form of voter ID, cannot be verified, those kinds of ballots overwhelmingly benefit his party because they abet voter fraud.

In Connecticut, the Democratic Party is now allowing anyone to vote absentee as long as they say they’re afraid of getting sick. “Anyone who’s afraid of contracting covid or expects they’ll be sick,” one town clerk announced, “is entitled to a mail-in ballot.”

Now, these orders came directly from the state’s secretary of state, who is, of course, a partisan Democrat. The town clerk told a local media outlet that the changes to Connecticut’s voting system are likely to become permanent no matter what happens with COVID.

This is about elections. But whatever you do, don’t notice that, don’t ask questions about the thousands of Afghans they haven’t vetted.

“I can absolutely assure you that no one is coming into the United States of America who’s not been through a thorough screening and background check process.” That’s what Joe Biden’s press secretary said just today. But it’s a lie. Meanwhile, hundreds of thousands of unidentified illegal aliens streaming across the southern border every month. Who are these people? We don’t know. We can’t know.

In a functioning democracy, this wouldn’t work, voters wouldn’t put up with it, even partisan Democrats would say, “come on now you have to have a border, it’s a country.”

So when you start behaving this way, so outside the bounds of normal behavior so far from what the population actually wants, clearly you don’t plan to be held accountable at the election. You plan to change the way the election works. And that’s exactly what they’re doing. Sorry, it’s true.

This article is adapted from Tucker Carlson’s opening commentary on the September 1, 2021 edition of “Tucker Carlson Tonight.” 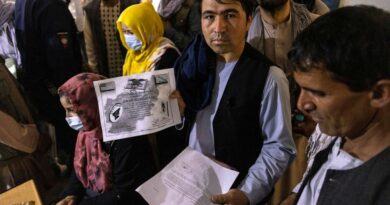 In urgent cable, US embassy calls on Washington to evacuate Afghan staffers threatened by Taliban

Racism is a potent drug. It got Trump elected and could win him a 2nd term: Montel Williams