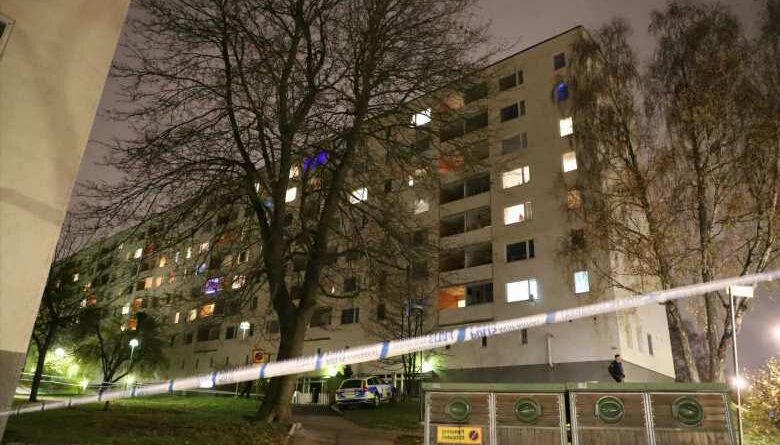 A CHILD has died and another is fighting for their life after being stabbed and then thrown from a window in Sweden, it was reported.

Police in Stockholm say a murder and attempted murder investigation has begun and two people have been arrested after the kids were thrown from a block of flats.

One of the children died and another is fighting for their life in hospital after falling from around 50ft Aftonbladet reports.

A passer-by described the "terrible scenes" where the children were found,

According to Expressen it is believed the children's dad stabbed them while they were lying in their beds and then threw them out of the window.

The dad, who is in his 40s, is then understood to have stabbed himself.

Police spokesperson Helena Boström Thomas said the two adults – a man and a woman – had a relationship with the two children.

Cops were called at 9.45pm local time after being alerted by members of the public in the Hässelby area of the Swedish capital.

Two children under the age of ten were found lying on the ground outside the block.

"We suspect that they have fallen from a great height," said Thomas.

Both were taken to hospital by helicopter but the youngest of the two died during the night.

Forensics officers are now in the flat where blood was found and the suspects' clothes have been taken away for examination.

A man who lives block heard a commotion coming from the apartment at around 9.30 pm.

“It sounded like a mess, more that something fell to the ground than screams,” he told Expressen.

“I did not hear any children screaming. But it was very short so I did not think much about it.”

Another neighbour described the dad as "nice and accommodating".

Thesun.co.uk is your go to destination for the best celebrity news, football news, real-life stories, jaw-dropping pictures and must-see video.