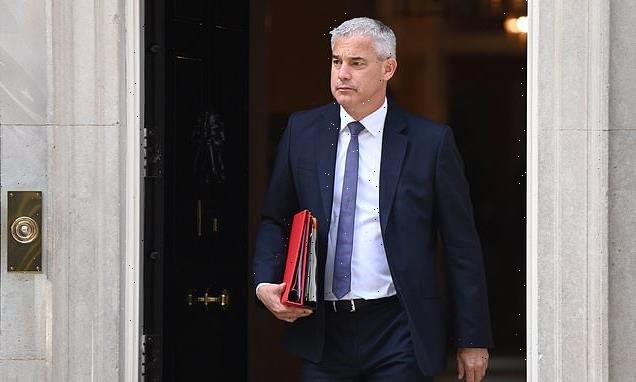 The Health Secretary will today launch a crackdown on NHS bureaucrats who cost the taxpayer £2.8 billion a year.

Steve Barclay will shine a light on ‘waste and wokery’ with an aim to clear out dead wood and move more managers to frontline roles in NHS trusts.

It will mean they can take on some of the administration work currently undertaken by doctors and nurses, freeing them up for patient care.

Mr Barclay will reveal that there are 18,600 people working in national NHS management bodies – none of whom provides patient care – costing a record £1.3 billion every year.

A further 26,000 work in the NHS’s local Integrated Care Boards – which again do not provide any patient care and cost an additional £1.1 billion. Another 7,000 work in Commissioning Support Units, costing £400 million. 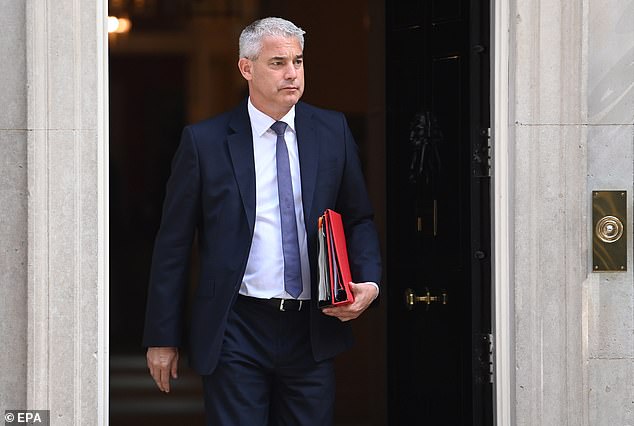 The findings come from an audit of all NHS management bodies that was ordered by Mr Barclay on the day he became Health Secretary.

It follows the plans of his predecessor Sajid Javid, who in June ordered the NHS to cut ‘diversity and inclusion’ managers as part of a crackdown on ‘waste and wokery’. Mr Javid said their salaries of up to £115,000 could be better spent on the front line.

In a major speech today, Mr Barclay will say: ‘Having so much management is a distraction to the front line.

‘Some community nurses spend half their time on admin and the managers we have in the NHS need to be working alongside them and helping them, not creating more paperwork.’ NHS England employs 10,117 of the 18,600 full-time equivalent staff. The other four national management bodies are NHS Digital, Health Education England, the NHS Trust Development Authority and Monitor.

Mr Barclay has already announced a crackdown on management consultancy costs, pledging to reduce the use of consultants by up to 80 per cent.

He will now launch a plan to publish detailed ‘maps’ of every national NHS body so taxpayers can see what the 18,600 employees are doing. A map of the Department of Health and Social Care will be published in the coming days, with the remaining national bodies asked to publish one by the end of this month.

The NHS announced in July that there were plans to cut up to 6,000 jobs, which is now understood to be a ‘starting point’. 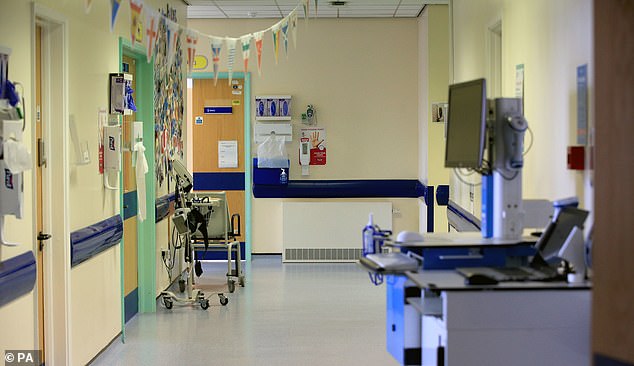 The NHS announced in July that there were plans to cut up to 6,000 jobs, which is now understood to be a ‘starting point’

At the time, NHS England chief executive Amanda Pritchard told staff the changes would address frustrations about ‘the complexity and bureaucracy that characterise some parts and activities of our organisation’ and save as much as £1 billion. The Daily Mail revealed last month that the NHS has spent more than £1 million on hundreds of ‘woke’ staff networks at a time when it desperately needs more cash for patient care.

Nearly 500 of these groups have been set up by health trusts across the UK – taking up 36,000 hours of staff time a year.

Questions were also raised about how NHS money is being spent when waiting lists for routine hospital treatment reached 6.7 million last month – another record high – despite a £12 billion boost funded by the national insurance tax hike.

John O’Connell, chief executive of the TaxPayers’ Alliance, said: ‘Taxpayers will welcome this moratorium on middle managers. Patients are sick to the back teeth of money being wasted on needless non-jobs, rather than funding frontline care.

‘The Government cannot expect taxpayers to continue paying the health and social care levy just to line the pockets of backroom NHS bureaucrats.’

Fit patients in hospital for 9 months

Patients who are medically fit to be discharged from hospital are waiting up to nine months to leave, it has emerged.

More than 13,500 patients fit for discharge are in hospital – one in seven beds. The Department of Health said it would invest an extra £5.4billion in adult social care over three years. 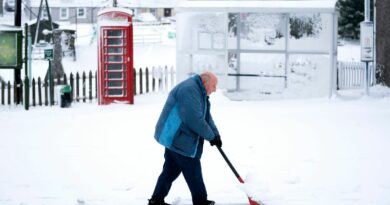 Oshawa GM workers weigh-in on strike in the U.S.