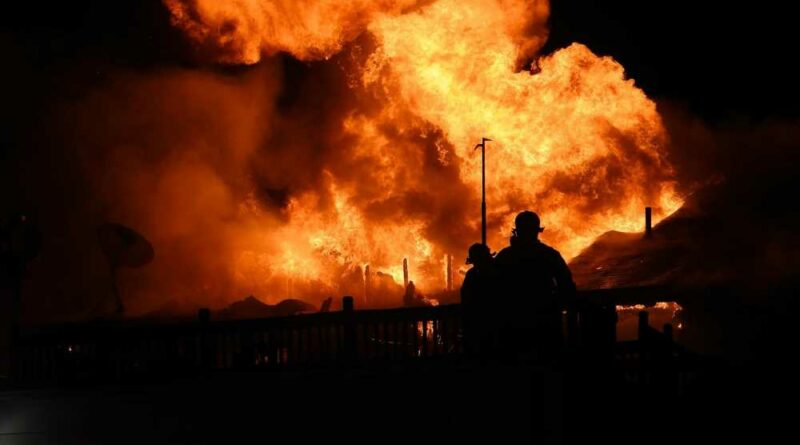 This funeral home nearly got cremated.

The top level of the Giove Funeral Home in Selden was gutted by the fire, which was reported by a family who lives above the business at 11 p.m., the town’s fire department said.

“The residents were awoken by their two dogs and were able to escape without injury,” the department said.

Roughly 100 firefighters from six departments rushed to extinguish the flames — including smoke-eaters who were pulled from the building when the roof collapsed.

Photos show firefighters unfurling a massive hose as the inferno nearly engulfs the top of the funeral home on Middle Country and College roads.

The blaze was contained within an hour and there were no injuries, according to the dire department.

Employees of the funeral home were not on site, and the cause of the fire is under investigation.