Home » How NYC’s rise in shootings could affect commutes to school, work 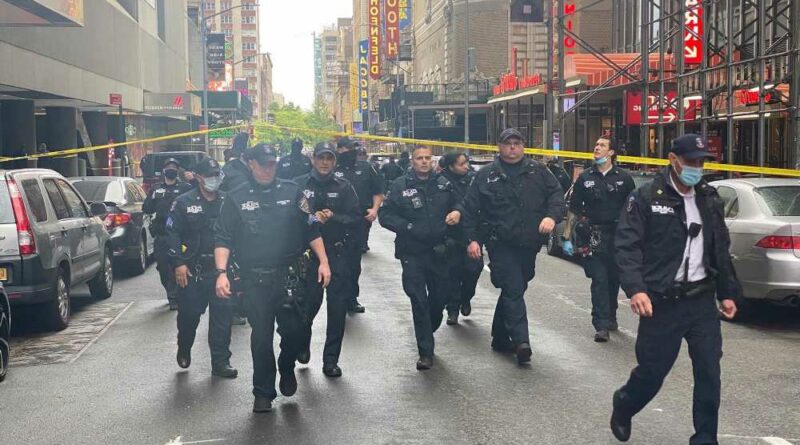 NYC mayoral candidates on crime: the good, the bad & the ugly

Two teens found shot dead on side of road in Florida

Front-runners come under attack during lackluster debate for NYC mayor

Brazen gunslingers are shooting the daylights out of the Big Apple.

After a shocking execution in Park Slope and last Saturday afternoon’s shooting spree in Times Square, The Post requested crime data to see if the impression that criminals have become bolder in broad daylight is true.

Sadly, it appears so.

The 2-percent uptick in the percentage of daylight-to-overall shootings was not as worrisome to the cops’ union as the surging frequency of daytime gunplay: the increase from 63 shootings last year to 119 this year represents an 89-percent explosion.

“They know that the police are underfunded, understaffed and hobbled by pro-criminal politicians and a broken justice system,” he added. “They know that if we arrest them in the morning, they’ll be back out in time for dinner. If New Yorkers don’t want a city where criminals control both the night and the day, they need to push elected officials to act.”

Among the recent daylight bloodshed:

On April 21, 38-year-old Latisha Bell allegedly executed her ex-girlfriend, Nichelle Thomas, 51, in Park Slope, with a bullet to the back of the head in a chilling murder caught on video. The gunfire erupted just before 1 p.m. at St. Marks Place and Fourth Avenue. Bell later surrendered herself to police at Brooklyn’s 78th Precinct station house and confessed, cops said.

On April 26, a 20-year-old man was shot dead while sitting behind the wheel of a parked SUV on the Upper East Side just before 2:30 p.m., police said. An unknown gunman walked up to the Honda HRV on East 95th Street and shot Chris Delinois of Brooklyn in the stomach, cops said. The NYPD released a shocking video of the brazen murder.

On April 29, a 17-year-old student died after being shot outside a Brooklyn charter school, cops said. Devonte Lewis was fatally struck in the stomach and hand around 2:45 p.m. in front of the Urban Dove school on East 21st Street in Midwood. The NYPD is looking for two gunmen who ran from the scene.

“I haven’t seen this many daylight shootings in a long, long time,” said Joseph Giacalone, a retired NYPD sergeant and adjunct professor at John Jay College of Criminal Justice. “It appears that the shooters have no fear of the police nor being identified in broad daylight. That behavior is a harbinger of worse things to come, especially with the warm weather and relaxed Covid restrictions.