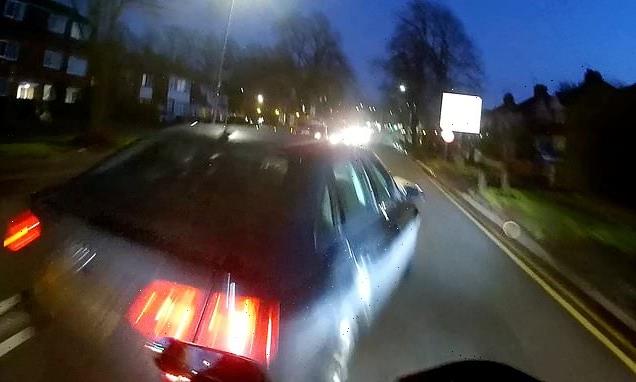 Horrific footage has emerged showing the gruesome moment a motorcyclist was run down by an Audi driver during an alleged hit and run.

The rider, who was in his 20s, was sent tumbling to the ground after the car driver pulled out in front of him in Nottinghamshire on January 12.

Shockingly, the driver of the vehicle- believed to be a dark-coloured Audi A4 – then failed to stop following the collision at the busy junction in Beeston.

The unfortunate motorcyclist was taken to hospital to be treated for a hand injury that could require surgery. 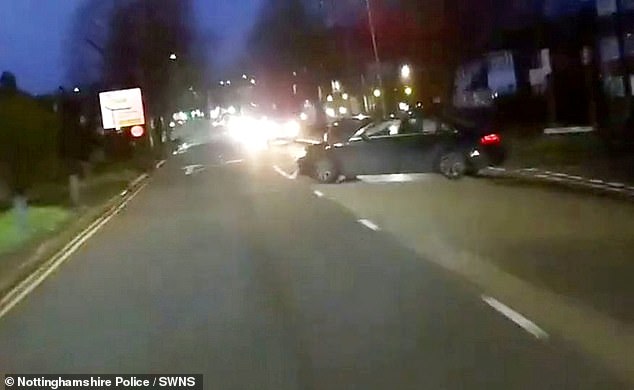 Without warning, the car can be seen pulling out directly into the path of the motorcyclist 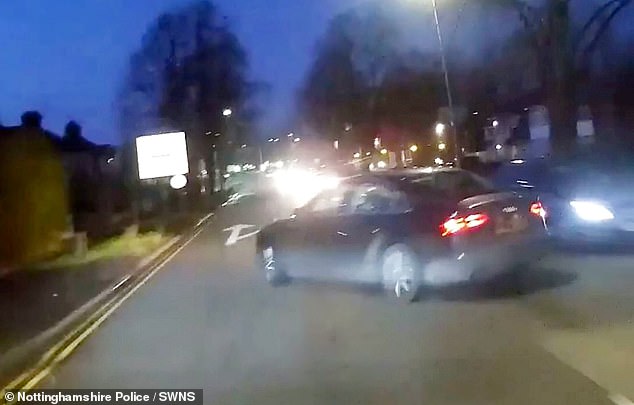 After the footage was uploaded to social media, many web users slammed the driver’s actions but others questioned who was actually in the wrong.

Some suggested the motorcyclist may have been going too fast in the run up to the collision and made little attempt to slow down.

One concerned pedestrian wrote on Facebook: “Were the motorcyclists brakes faulty… seems like he made no attempt to slow down, rather attempt to pass on the inside. Admittedly the driver wasn’t paying much attention, but looks 50/50 to me.”

Jade Reynolds added: “I’d say motorcyclist was at some fault here too however leaving the scene of a collision is illegal so I’d imagine that’s why he’s wanted, not just because of the crash.” 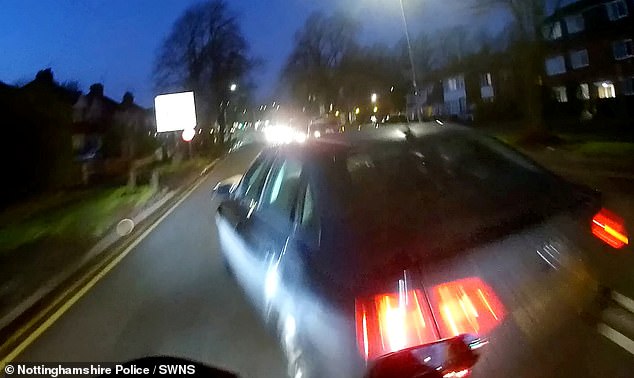 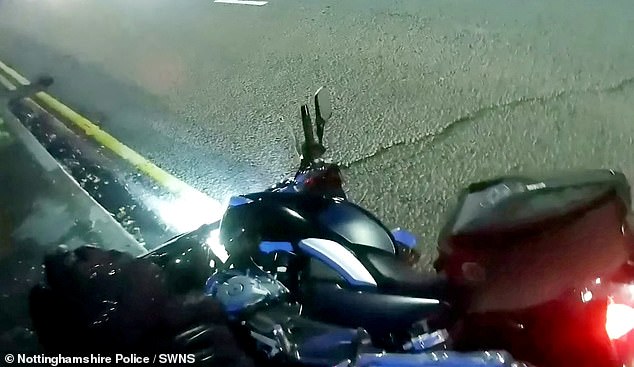 Another web user posted on Twitter: “Motor cycle rider had plenty of time to slow down even with the car pulling out, either going to fast or not concentrating.”

But another commented: “Don’t think there was enough time for the bike to slow down at all.

“If motorcycles are anything like pushbikes, pull too hard on the brakes and you’ll be over the bars.

“We could all drive more defensively and with caution, but the car was in the wrong.”

One added: ‘This makes me so cross. The standard of driving in Nottingham of late has been downright disgraceful, with bullying, tailgating, and impatience.

“I really hope the driver of the car is found and prosecuted. Moreover I hope the biker is ok.”

Anyone who can assist the investigation is asked to call 101 quoting reference 23*28701. 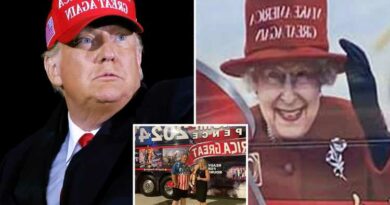 Woman is left with a deformed nose after botched surgery 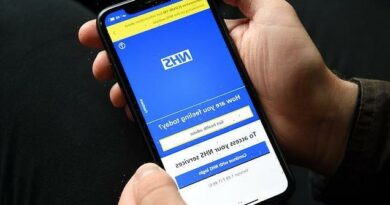