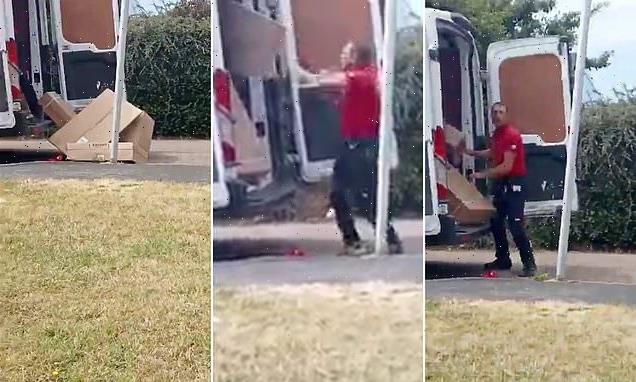 A delivery driver has been sacked for shouting and swearing at a woman as he threw parcels out of his van and onto the street while trying to find hers.

Shocking footage shows the DPD driver in Lincolnshire cursing and lobbing fragile items from the van as he was making a delivery.

Horrified Anne Betteridge, 45, filmed the footage after she popped outside her house to pick up an order of clothes on July 21.

The full-time carer said the driver failed to give her what she had ordered and insisted he would come back later during an angry rant, but failed to return. 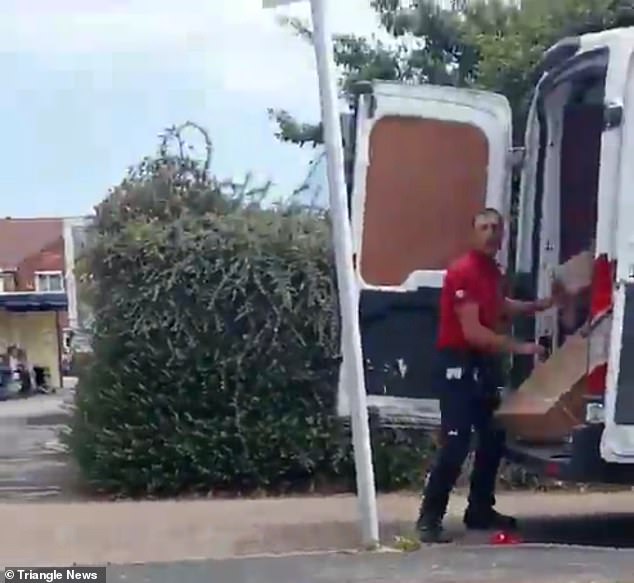 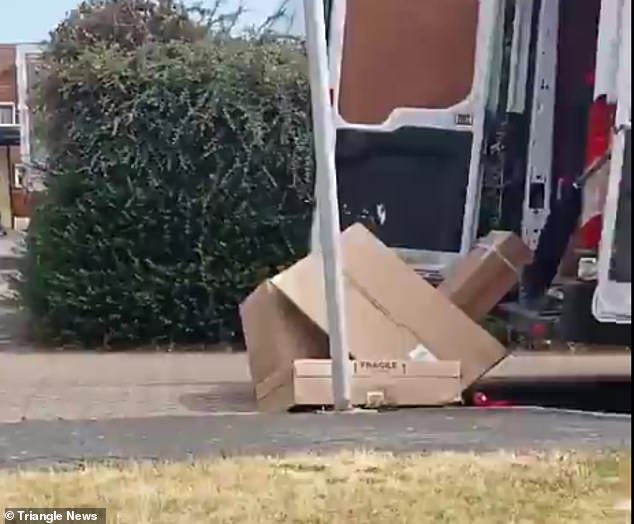 Anne said: ‘I went outside to meet him – but then he started throwing parcels out of the van.

‘At first it didn’t bother me, I had just ordered clothes and the other stuff didn’t look breakable. I started laughing.

‘But then he threw this box and you could hear it rattle and I noticed it said ‘fragile’ on it. I just thought, ‘What is going on?’

The video shows the angry driver flinging packages around and and mumbling to himself.

Anne says he then gave up searching and drove off, saying he would come back later but failed to do so.

She said: ‘I am never using DPD again. It was really unprofessional. He just drove off – and he seemed kind of annoyed. I’m not even annoyed, I’m just baffled.’ 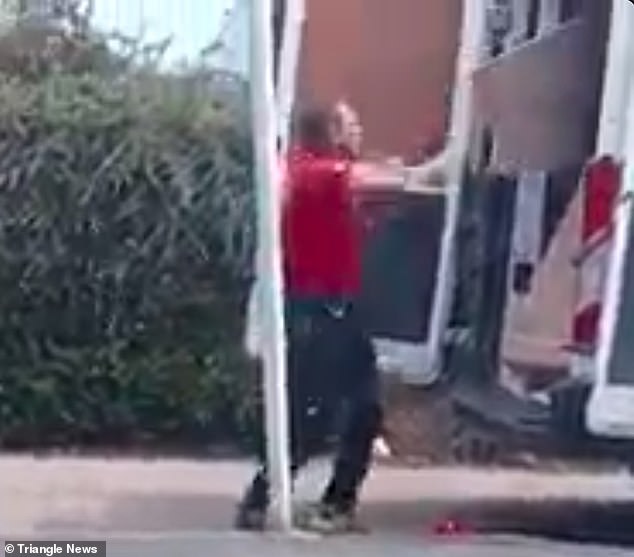 A spokesperson for DPD said: ‘We were already aware of this incident last week and can confirm that the driver was immediately removed from the business on return to the depot.

‘The behaviour here was completely unacceptable and does not in any way reflect the service our drivers provide to customers millions of times a week, up and down the country. 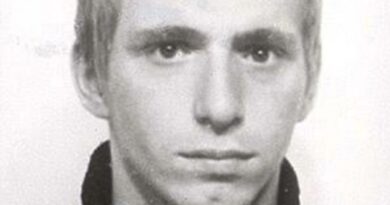