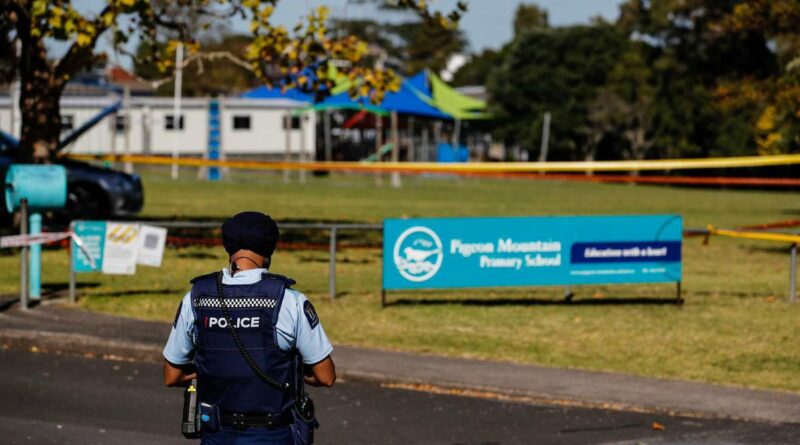 The Bucklands Beach school girl who tragically died after being hit by a car on her way to school will be farewelled on Wednesday.

Pigeon Mountain Primary School student Joanna Zhifei Kong, 5, died on Sunday at Starship Hospital after being hit by a car outside the school last Tuesday.

“She will be greatly missed by her parents Fen Huang and Yong Ning Kong and two sisters, Kelly and Celine,” a death notice published in today’s NZ Herald said.

Joanna’s funeral will be held on Wednesday afternoon at North Harbour Chapel.

Pigeon Mountain Primary School Principal Ian Dickinson said yesterday the school was devastated and working to support each and every member of our community.

“We are still respecting the privacy of the family who have lost a child, who will be dearly missed.”

Pakuranga MP Simeon Brown said the girl’s death was a tragedy and as a father of two young daughters himself he couldn’t imagine the pain and grief the family must be going through.

“It’s been a real shock to the community, there’s been a real outpouring of love and concern to the family who have lost their young daughter in these tragic circumstances.”

Brown had been keeping in close contact with the school and said they were working hard to support the students and staff during this very sad time.

The school and wider East Auckland community have been shocked by the death and offers of support and help have been flooding the school’s social media page.

Parents also praised the way the school had handled the tragedy.

Police are still investigating the circumstances of the crash.

A 77-year-old man was forbidden to drive by police following the incident.

Victory for Liverpool's gyms as Government backs down over closures

Mexico sends 70 migrants seeking asylum in US back home